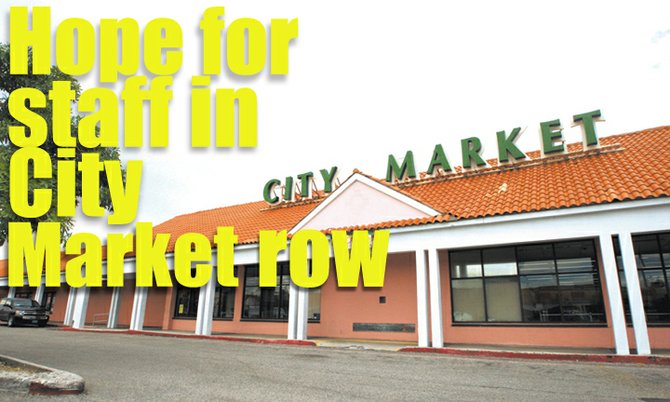 With meetings between the company’s principle, employee representatives, and the Prime Minister having recently taken place, Mr Turnquest said he would not preempt or prejudice further discussions by going into greater detail.

However he said that the 165 employees in New Providence, whose lives were left in limbo since March 30 at the suspension of the chain, are optimistic that compensation would soon be received.

Mr Turnquest said: “The matter is moving close to completion. We did meet with the Prime Minister and he has said that the wants to again meet with us next week. He assured us that he would conduct his own research and that he will be resolving this matter. He seems like he’s on top of things.”

Since negotiations between management and employees reached a stalemate, Mr Turnquest said two employees have died, further proof that the matter has been lingering for too long.

And although the ex-workers feel some relief that severance could soon be on the way, there is still major confusion over an unresolved multimillion dollar pension fund which is before the courts. On last word, Mr Turnquest expressed the possibility that the matter could reach a United States Supreme Court. He, yesterday, did not wish to further comment.

Concerns were raised about the pension fund’s security, just days after workers were told the financially struggling food chain would close and was in talks with a buyer.

Not long after, those employees were reassured by Mr Finlayson that the fund remained intact.

A deal to sell the chain of stores to Super Value was finalised in April confirmed Mark Finlayson, chief of family owned Trans-Island Traders and ex principle owner.

if after B Sands , G Fritzgerald ,M Finlynson and P Kemp ran it to the ground and looted the pension ,PGC better not use one cent of my tax dollars to pay off the employees,,,