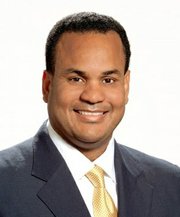 Middle class Bahamian homeowners yesterday complained that their real property tax bills were “going through the roof”, in some cases doubling, as the Government moves to collect every cent it believes due to it.

Although no home or property owner Tribune Business spoke to was willing to go ‘on the record’, due to fears they would be targeted for even higher increases by the Real Property Tax Office, some told this newspaper that their tax bills had increased 100 per cent.

Rather than raising rates, the Government is billing for more revenues because its appraisals are raising (revaluing) properties upon which real property tax is assessed.

The question is whether unrealistic appraisal values are being applied to properties as the Government moves to fill its $550 million deficit by collecting every cent available to it, or whether homeowners and businesses should have been paying these latest amounts previously.

Michael Halkitis, minister of state for finance, in e-mailed responses to Tribune Business’s inquiries, said the latest real property tax assessments were intended to “collect revenue that was not previously captured”.

Emphasising that it was not a response to Moody’s recent downgrade of the Bahamas’ sovereign credit rating, but had been ongoing for some time, Mr Halkitis said the Government aimed to be “fair” in its appraisals and subsequent real property tax billings.

And he disclosed to Tribune Business that the Government had established the Real Property Tax Appeals Panel “for the first time in a long time” to enable aggrieved homeowners to appeal against their tax base.

“They seem to be increasing the appraisal value to increase tax revenues. If you visit the Property Tax Office, there’s a continual line of people complaining that their taxes are being raised.”

The property owner said he and others rented out a house in western New Providence’s Charlotteville subdivision, and for real property tax purposes its status had been switched from a ‘residential dwelling’ to commercial use.

As a result, the real property tax bill for that house had doubled or increased 100 per cent, the owner said.

They added: “Obviously, they [the Government] need the revenue. But if you’re paying a mortgage you might be wiping out any profit you thought you were making on the rent.

“It’s what they’re appraising homes at. They might not be increasing taxes per se, but they’re basing it on the increased value of property.”

And one Treasure Cove homeowner confirmed: “They [the Real Property Tax Office] left notes at every door that you had to fill out. It [the tax bill] went through the roof.”

They added that similar properties, in terms of size and amenities, received different valuations - as much as $200,000 apart. This was forcing some homeowners to get realtor appraisals and challenge the Real Property Tax Office’s valuation.

Describing the assessments and associated tax payments as inevitable, given that this was a known cost associated with real estate ownership, he said: “There’s no way around that. It’s one expense that’s incurred”

Mr Carey said the properties he typically dealt with, high-end luxury real estate of the sort found at the Ocean Club Estates, had already been assessed.

“They’re the ones the Government went after first. Now it’s the turn of the middle income properties,” he told Tribune Business.

Explaining the Government’s intentions, Mr Halkitis told this newspaper: “The assessment/reassessment is an ongoing programme in order to get premises on the tax rolls that were previously not there, and to update information in the system.

“This should not be construed as a response to the recent downgrading but as an effort to collect revenue that was not previously captured. This effort will be ongoing in New Providence and the Family Islands.”

Acknowledging the complaints about higher valuations and tax bills, Mr Halkitis added: “Some people will receive valuations that are higher as a result of improvements to property and/or increases in property values.

“Those who are aggrieved can register their objections with the Real Property Tax Department, which will consider them on their merits and respond accordingly. If not satisfied, they can have their matter referred to the Real Property Tax Appeals panel that has been established for the first time in a long time.

“Our effort will be ongoing as we seek to have our system updated with accurate information. We encourage those who have an objection to make them known, as our objective is foremost to be fair.”