Construction 'Just At Threshold' Of Rebound 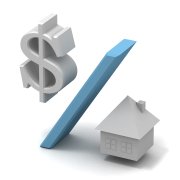 THE CONSTRUCTION industry is just at "the threshold of recovery" from the global recession, the Bahamian Contractors Association's (BCA) president telling Tribune Business yesterday that estimates of a 3.5 percentage point drop in the sector's total employment contribution seemed accurate.

Godfrey Forbes, who also heads Dykton Mechanical, said estimates by the United Nations' Economic Commission for Latin America and the Caribbean (ECLAC) that the Bahamian construction industry had shed over 7,000 jobs between 2007-2010 seemed accurate.

"I think that basically sounds pretty close to what we have experienced in the construction industry, yes," Mr Forbes told Tribune Business. "I think we are just at the threshold of recovery at this point, and have not made any significant strides as yet."

He acknowledged that despite the heavy reliance on Chinese labour and contractors, especially in the main construction, Baha Mar's $2.6 billion Cable Beach redevelopment - where $400 million worth of contracts are reserved for Bahamians - would play a key role in the industry's rehabilitation.

ECLAC, in its Preliminary Overview of the Economies of Latin America and the Caribbean report, said the Bahamas' reliance on tourism had ensured the global recession's impact on employment was "especially severe", due to the immediate knock-on effects for supporting industries such as construction and distribution.

"Similar to the pattern in Trinidad and Tobago, the construction and manufacturing sectors bore the worst impact, followed by the tourism sector.

The statistics produced by ECLAC show that the construction industry's share of total Bahamian employment dropped by three-and-a-half percentage points between 2007 and 2010.

The rapid construction industry decline is also likely to explain the relatively high level of male unemployment in the Bahamas, when compared to Barbados and Jamaica.