Dna: Reforms Must Not Be Self-Serving 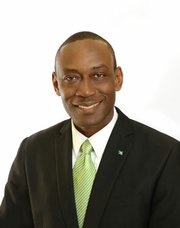 THE DEMOCRATIC National Alliance yesterday said the government's promised legislative reforms must be widespread and not self-serving.

DNA chairman Mark Humes accused the government of placing more focus on decrying the former administration's management of funds, than on the strengthening legislation to protect the public's interests.

"For the next two weeks during the upcoming budget debate, the country will be bogged down with unfounded allegations of financial corruption and mismanagement - and defence of these allegations - from both the FNM and the PLP," he said.

"With no pronounced legislation to promote and encourage transparency and accountability, this administration is simply seeking to give the impression that it cares for Bahamians."

During his presentation, Mr Christie said the former government's financial and economic policies have left the government in a "dire" fiscal position with the deficit and debt levels much worse than anticipated.

Mr Humes called on the government to revisit and amend the Freedom of Information Act so that the public could independently access information to verify claims about the country's finances.

"This administration has been rejected once before by the Bahamian people for its many publicised and still questionable corruption and financial and fiscal mismanagement problems, it needs to first demonstrate that it has changed its ways," he said.

"This budget should attempt to show that this administration is prepared to bring transparency and accountability to government."

Mr Humes said: "The budget does not achieve, and despite their criticisms of the Ingraham administration, it is doubtful that this Christie administration will either."

Although suggestions were made to address political cronyism, Mr Humes said the tabled document did not demonstrate that the Christie-led administration would enact legislation to prevent itself from also becoming perpetrators.

"Instead of just tabling legislation to prevent a sitting government from entering into contracts or paying out public funds after the dissolution of Parliament, this government should be putting forward legislation to meaningfully address public disclosure and the whole issue of campaign finance reform - a primary suggestion made by outside observers overseeing this past election."

Mr Humes said: "Five years down the road, we will once again be campaigning on questions and issues of corruption and financial mismanagement by this administration, and they will be campaigning on promises to enact reform if they get back in power."

Mr Humes added that the budget also fails to provide a time-frame or legislative framework that will govern proposed tax, economic and financial initiatives, and that the omission indicated a lack of genuine commitment.

"At this stage in our political maturity, Bahamians need more concrete action plans from its government."

He added: "After the past two decades of somewhat failed politics in the Bahamas, it is one thing for a government to say it believes in people; it is now becoming another thing for the people to believe in the government."

I must admit this is an excellent presentation on behalf of the DNA...good job Mr. Humes