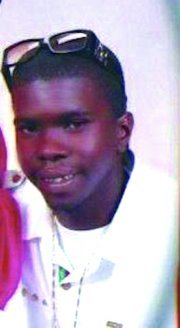 A MOTHER and son were brutally murdered Tuesday night bringing the country's homicide count for the year to 65.

The incident occurred shortly after 10pm inside an apartment at Buttonwood Avenue off Pinewood Gardens.

Police say an unknown man kicked in the door and forced his way into the home.

Noramae Johnson, 53, was shot several times about the body before her 23-year-old son, Dario Dean, was located and shot in the head and chest.

They both died on the scene.

According to sources, Dean was recently released on bail for gun and drug related charges and was wearing an electronic monitoring device at the time of his death.

The Tribune understands that Ms Johnson was the head janitress at the Ministry of Education on Thompson Boulevard.

At present, police are uncertain of the circumstances that might have led to this incident.

Superintendent Paul Rolle, head of the Central Detective Unit said police have no known motive or suspects in custody at this time, but are following significant leads.

Dimitri Cherrio Pratt, 30, was gunned down during the early morning hours of August 8, 2011.

Pratt was shot in the chest in an apartment at Sumner Street, Nassau Village at 1.30am.

He was taken to the Princess Margaret Hospital by ambulance, but later died of his injuries.

Foster Knowles, 21, of Malcolm Allotment has been charged in connection with that murder.

Both men were "well known" to police.

Police are appealing to members of the public who might have information to contact them at 919, the Central Detective Unit at 502-9991 or Crime Stoppers anonymously at 328-TIPS.

Meanwhile, police have launched an investigation into the death of a man found hanging from a tree off Bernard Road. According to police reports around 9.30pm Tuesday police received information that a man was found on an unpaved side road off Adderley Street with a rope around his neck. He has been identified as Nakino Hall, 24, of Adderley Street.

At present, police are uncertain of the circumstances that might have led to the incident.

can i be updated TRIBUNE242 as to how much time did foster knowles get sentenced to for the death of OMAR?