Defence Forces could join police on the streets 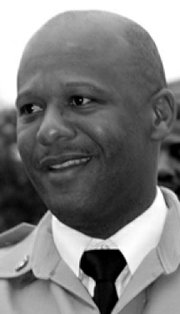 On the heels of an emergency meeting called by Prime Minister Perry Christie on crime, Mr Bell said Mr Christie is now reviewing the exact role the Defence Force will play in regard to fighting crime.

"The Prime Minister and the Commissioner of Police are reviewing where the Defence Force officers will come in. It was discussed that they will replace officers on patrol when they are being pulled out for something else. They will also be used in joint co-operation and collaboration efforts with the police to patrol tourists sites and places frequented by visitors. There is currently no posting at some of these sites at all," he said.

"They have the same powers as police officers. The framework in the law allows them to be used in the same capacity as the police.

"They can enforce all the laws in the Commonwealth of the Bahamas. So they can be used for anything concerning national security even if that means going on patrol. That is something actively being considered."

Mr Bell said this initiative is just one of many the government is considering in response to the escalating crime rate.

Last month, May, the nation recorded its bloodiest month to date with 21 murders. So far for the year, 65 people have been killed in the Bahamas.

Mr Bell said police officers will also be saturating the streets of the capital to stop crime before it happens and catch criminals in the act.

"You saw coming out the meeting there was a saturation of law enforcement on the street. Everywhere you turned yesterday you saw law enforcement officers. I would like to commend the Commissioner of Police and the Commander of the Defence Force for their efforts," he said.

"Officers were out in full force doing their duties. There were searching and stopping vehicles and as a result there were no incidents last night. This is something that will be done for the long term. We are going to put an end to these type of incidents that we have been seeing, not just in these couple of weeks but in the last five years. You will see a change under the Christie administration and the PLP government.

"Yes, we have experienced some challenges but we are overcoming those hurdles. The FNM failed in their policy to protect Bahamians. They did nothing with substance to curb crime or murder. We will make a change."

Mr Bell said other initiatives were started as a result of the meeting but are "too sensitive in nature" to discuss.

I cry shame on Mr. Bell being a former police officer. Leave police officers on the streets to do what they are being paid to do. We complain about the number of guns on the streets but yet he talks about taking Defence Force Officers to do something other than what they are being paid for. The solution is clear all of the officers guarding these politicians and their homes along with the officers in Urban Renewal and the Officers they thinking about sending around these schools need to remain in active police duty. This is really one of the silliest things I've heard in a while. Mr. Bell and Co. and going to deplete the resources of the RBPF.

Oh and by the way Mr. Bell, there was another murder. You can't control people.

"Mr Bell said this initiative is just one of many the government is considering in response to the escalating crime rate" REALLY? What the H do you mean by "considering"? I thought the PLP had a plan already! Well by damn! Ya'll only now looking for solutions when ya'll tell me not less than 30 days ago that ya'll had a plan! SMT!

it dont seem like they on thr same page the comish callin for more n they takin more away.

Thus Far Worthless PLP all the way huh- they think they doing a good job tho....LAUGHABLE

The Tribune, Please discontinue using photographs of Senator Keith Bell in police uniform. I am sure that if you were to check your files, you do have a more recent photograph. Remember, Mr. Bell was a police officer. Now, he is a novice politician.

WHAT??? This is the government's master plan for crime - use defense force officers?? So what happens to the roles the defense officers are ordinarily filling? The police would not have a shortage of manpower if the Prime Minister had to increased his police assignment from 6 to 24, if officers weren't deployed to sit in Urban Renewal centers all day, if officers were not sent to baby sit school children when then already have security guards, if officers were not assigned to be at every hospital 24/7 when the hospitals could provide their own security personnel, if cabinet ministers did not now have police outriders, etc, etc. As a direct results of decisions made by the government, at least 100 police officers have been removed from normal active service in order to fill political assignments. The master plan is now to replace them with defense force officers. WOW!!!

what they meant is they are going to reduce the likelyhood of any of them being effected by crime,,,

With the ever increasing crime rate, the police need all the the extra help they can get. Bahamians should welcome the extra efforts and measures being taken for their safety. After all, if you ain't guilty of anything, you shouldn't mind the extra law enforcement.