SOME $10 million raised from selling the property that accounts for 63 per cent of CLICO (Bahamas) assets has been returned to this nation for the ultimate benefit of the insolvent insurer's Bahamian policyholders and creditors - the first such recovery in more than three years. 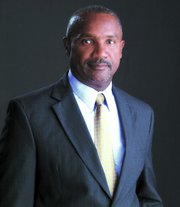 Documents filed in the south Florida bankruptcy court on May 18, 2012, which have been obtained by Tribune Business, confirm that CLICO (Bahamas) liquidator, Craig A. 'Tony' Gomez, the Baker Tilly Gomez accountant and partner, has returned 13.7 per cent of the $73 million sum owed to the insolvent insurer to this nation.

The $10 million was raised through selling 138.3 acres, almost one-third of the remaining real estate, at the Wellington Preserve project located in West Palm Beach, Florida.

The transaction raised a gross $13.384 million, but CLICO Enterprises, the wholly-owned, Bahamian-domiciled CLICO (Bahamas) subsidiary that held the insolvent insurer's Wellington Preserve interests, only received $10 million due to Mr Gomez's need to cover expenses related to the property's administration and Homeowners Association.

Still, the $10 million recovered is the first tangible sign of progress in the recovery effort for Bahamian creditors since CLICO (Bahamas) was placed into liquidation in February 2009. With some 283 acres still available for sale at Wellington Preserve, it seems feasible that Mr Gomez could raise another $20-$30 million for their benefit in fully liquidating the property.

If that occurs, CLICO Enterprises - and, by extension, CLICO (Bahamas) - will likely recover between $30-$40 million of the total $73 million owed. That would result in somewhere between a $33-$43 million loss, or recovery ratio of 41-55 per cent.

The court papers obtained by Tribune Business stated: "Wellington Preserve...... gives notice that an initial dividend in the amount of $10 million has been paid in this case to the liquidation estate of CLICO Enterprises, the parent company of [Wellington Preserve], which is itself in liquidation, supervised by the Supreme Court of the Commonwealth of the Bahamas."

Under the terms of Wellington Preserve's US court-approved liquidation plan, CLICO Enterprises placed itself at the bottom of the creditors queue, ensuring all US-based unsecured creditors were paid off in full.

Explaining why the full $13.384 million gross sales proceeds did not all come back to the Bahamas, the court filing added: "The remainder of the proceeds from the ongoing liquidation of [Wellington Preserve's] real estate holdings will thus be directed first to the ongoing expense of operating the Homeowners Association until the remainder of the property has been sold.

"Second, to other administrative expenses and/or closing costs, as may be appropriate; third to accruing taxes, if any; and finally, the entire net proceeds shall be distributed as further dividends to the liquidation estate of CLICO Enterprises."

Meanwhile, Mr Gomez and his attorneys have filed another amendment to Wellington Preserve's liquidation plan with the south Florida bankruptcy court, seeking permission to market and sell the remaining 283 acres and remit the net proceeds to CLICO Enterprises.

Explaining that Wellington Preserve was placed into Chapter 11 bankruptcy protection to ensure it was liquidated in an orderly fashion, paid off unsecured creditors, "and then seeing to the payment of the remaining proceeds of the liquidation to the remaining creditor, CLICO Enterprises", Mr Gomez is seeking to further amend the liquidation plan in a bid to prevent further real estate sales incurring taxes.

The amendment he is seeking would "provide that the debtor shall continue to market the remaining 283 acres of lands, whether as one parcel or as several; shall conclude the sale thereof with reasonable dispatch; and shall remit the entire net proceeds thereof, after direct closing costs, costs of operating the Homeowners' Association, administrative expenses, and appropriate provision for taxes, if any, to the liquidating estate of CLICO Enterprises Nassau, Bahamas, as partial payment of principal on account of CLICO Enterprises allowed unsecured claim".

In a previous interview with Tribune Business on efforts to sell Wellington Preserve, Ronald Neiwirth, Mr Gomez's US attorney, said: "The activity has been much greater. There are active negotiations with about five parties right at the moment.

"The market is improving. The average price per acre being negotiated is above the first chunk sold, and that closed for $10 million for 103 acres. It's nice when you weather the storm and the market is going up."

He added: "When we confirmed the [Chapter 11 restructuring] plan, we thought what we had on the table was $10 million for one piece, and $40 million for the other.

"That dropped down to $32.5 million, and we had a couple of offers less than that, which we ignored. The price is coming back up, so we're hoping the end result meets or exceeds what was in the original plan. But there's still too many contingencies to come out hard and say this is what it's going to be.

"The liquidator has been very careful about it, and the big business decision to break it [Wellington Preserve] up, neither into small lots or go all wholesale, but breaking it up into medium-sized lots or larger, seems to be working."

So, what does that equate to for the policy holders....14 cents on the dollar, before further expenses?