The Bahamas is standing still and allowing rival jurisdictions to “leapfrog” it on economic competitiveness, the Chamber of Commerce’s chief executive warned yesterday, after this nation slipped another six spots to 77th in the World Bank’s Ease of Doing Business rankings. 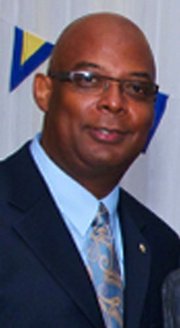 Winston Rolle said the 2013 rankings, released yesterday, showed the Bahamas “needs to be paying a lot more attention” to key processes and areas that attracted both international and domestic investment, this nation having fallen in a number of key categories.

The Bahamas suffered the biggest ranking decline when it came to ‘the ease’ of starting a business, falling from 74th to 82nd in the world. It also fell five places - from 63rd to 68th - on the issue of obtaining construction permits.

The report, produced jointly by the World Bank and its International Finance Corporation (IFC) arm, also dropped the Bahamas three places when it came to obtaining credit and protecting investors, placing this nation 83rd and 117th, respectively.

The Bahamas also slid one spot when it came to ‘getting electricity’ and ‘trading across borders’, the only improvements coming in the categories of ‘paying taxes’ and ‘enforcing contracts’.

Even in these two areas, the improvement saw the Bahamas rise up the rankings by only one spot. And this nation remained ranked 179th out of 185 nations when it came to the ‘ease of registering property’ transactions.

The latest Ease of Doing Business report also contradicts assertions previously made by Zhivargo Laing, former minister of state for finance, who following last year’s version expressed considerable optimism that the Bahamas would this year move up the rankings - now down (see other article on Page 1B).

Mr Laing, now an FNM Senator, set considerable store by the Ingraham administration’s e-government initiative when it came to boosting the Bahamas’ ranking.

But Mr Rolle, the Chamber chief executive, said he had warned the former government that the e-government initiative needed to be expanded beyond bill and tax payments for it to make a true difference.

“One of the reasons for that, and I’d expressed this to them, is that the e-government business initiative, for the most part, only provides the opportunity for persons to pay their bills,” he said.

“When it gets traffic to it, and persons utilising it, is when it allows them to do everything on-line rather than having to go into an office and stand in a queue.”

However, the Chamber chief executive said the Bahamas’ latest slippage in the Ease of Doing Business rankings was likely not because it was doing anything wrong, but the result of other countries being more proactive and enacting reforms to improve their business processes.

“What you will probably find is that when you start looking at the report, which is consistent with what the last report said, is not that we did anything negative,” Mr Rolle told Tribune Business.

“We didn’t do anything positively, while other countries took measures to leapfrog us. We’re not getting progressively worse; it’s just that we’re not doing the things necessary to improve our business environment.

“We have to pay attention to these things. Obviously, the international community does.”

His assessment was borne out by Tribune Business’s own study of the findings, which showed that for many of the 10 categories assessed, the Bahamas’ ranking was better than the Caribbean and Latin American regional average.

Many of those cited by the World Bank as making the biggest improvements when it came to the ‘ease of doing business’ still rank behind the Bahamas, but the fact they are closing the gap while this nation, seemingly, does little will be a concern.

The report identified Jamaica and Trinidad and Tobago as the Caribbean economies with the most business regulatory reforms between June 2011-June 2012. And the Dominican Republic ranks among the 50 economies (out of 185) that have improved business regulation the most since 2005.

The World Bank added that Jamaica made paying taxes easier for companies by allowing joint filing and payment of all social security contributions, while it reduced the time to import by allowing customs entries to be logged at night.

Trinidad and Tobago speeded up property transfers through faster issuance of clearance certificates by the Water and Sewerage Authority. It also reduced the time to export and import by launching the ASYCUDA World electronic data interchange system, and by making it simpler to obtain a certificate of origin.

Dominica was cited for reducing the time to import, as did Grenada.

Mr Rolle told Tribune Business that in seeking to get the best return for their investments, investors throughout the world studied reports such as the ‘Ease of Doing Business’, and used to it to decide which country they put their money into.

“It behoves us to put things in place to improve the processes and systems that attract investors,” he added.

“If you’re talking about making the Bahamas attractive for investment, these are areas we need to be paying a lot more attention to, obviously.”

“It establishes a one-stop shop where persons can go in and get everything they need to facilitate their ventures.”

Linking the private sector’s unleashing directly to the Government’s job creation plans, Mr Rolle told Tribune Business: “We have a lot of work to do.

“I was just asked this morning about the creation of 10,000 jobs in the first year of the current administration, and the only way that’s going to happen is through the private sector.

“We need an environment where you’re encouraged to start a business, and for that business to grow and flourish. That’s the only way we’re going to get employment up.”

Referring specifically to the World Bank findings on the Bahamas, he added: “What we’re looking at here is beyond just a ranking, improving a ranking.

“This is having a direct impact on growth. These are the things we need to look at. Once we see reforms in these areas, you’re talking about having a significant impact on our economic future.

How come we hear and see these reports, but we hear/see no response from the govt of the Bahamas on such reports. Nothing. No retorts, no comments, no actions. Nothing. Does the Govt even read the papers or reports?

I think that the governement should search for people like http://www.facebook.com/ThePerryBelcher">Perry Belcher as advisers .They could tell them what strategy should use in order to become successful.