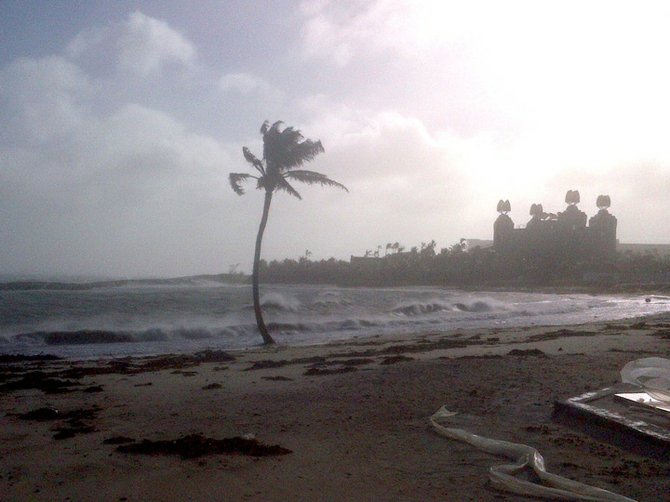 Strong winds on Friday morning after Hurricane Sandy by Tribune242

The latest advisory put the storm at about 30 miles north northeast of Great Abaco.

A tropical storm warning is in affect for Great Abaco and Grand Bahama. On that island there is severe flooding being reported at the international airport.

NAD's hurricane preparedness team has conducted inspections of the terminal buildings, airfield and surrounding area and have concluded that the airport is fit to resume normal activities.

But officials say it may be some time before other air and sea ports around the country are opened. NEMA officials hope to have their first assessment team on a plane from New Providence later today.

But authorities say it may be a while before other air and sea slots around the nation are started out. NEMA authorities want to have their first evaluation group on a aircraft from New Windfall later these days. http://strategiclivinghq.com/food/hor...">health articles for women