The Bahamas must avoid “wholesale panic” over G-20/OECD efforts to drive the world to automatic tax information exchange, a leading private sector executive instead urging this jurisdiction to “increase” its financial services ‘value proposition’. 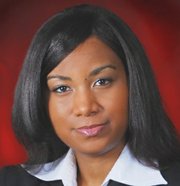 Aliya Allen, the Bahamas Financial Services Board’s chief executive, told Tribune Business that this nation had to “evaluate” what the likely change to global tax information sharing standards meant for its business model - now and in the future.

Acknowledging that the “writing was on the wall’ when it came to the automatic information exchange push, Ms Allen said its implications for the Bahamian financial services industry would be discussed both within the sector and with the Government.

What is clear is that the goalposts appear to be shifting again when it comes to international regulatory standards, especially when it applies to tax. And the European Union (EU) appears to be going further than even the G-20/OECD, talking of national ‘blacklists’ for so-called tax havens and crackdowns on ‘aggressive tax planning’ (whatever that means).

Others, though, were less diplomatic than Ms Allen. James Smith, former minister of state for finance and an ex-Central Bank governor, blasted the latest G-20/OECD initiative as “grand hypocrisy”.

Accusing the world’s largest states of a “drive to eliminate” international financial centres, Mr Smith said that while assets were “booked” as being ‘offshore’, they were actually deposited in onshore centres such as New York and London.

“If they have their way, and Delaware continues to exist with 200,000 IBCs and their bearer shares, New York and London will be the beneficiaries of offshore activity without any increase in transparency,” Mr Smith told Tribune Business “This is becoming one great big joke.”

Suggesting that those who used international financial centres for legitimate tax planning purposes would soon have to stand up and defend the sector, Mr Smith said the Bahamas and its contemporaries would have to “draw a line in the sand” and say: “We’re going no further.”

He added: “This idea that the small sovereign states become tax collection agencies for the big states, at best, it’s a bit condescending.”

Noting that the US Foreign Account Tax Compliance Act (FATCA) had given the Bahamian financial services industry a glimpse of the future, Ms Allen, meanwhile, said of the latest G-20/OECD push: “It’s not a surprise to anybody.

“We very much knew that was essentially the end game, and it was just a matter of time before that arrived as the global standard. We saw the writing on the wall with FATCA, which was the prime opportunity for them to actively embrace that as the standard at OECD level, which they’re naturally going to take advantage of.”

She added: “Obviously, it means greater scrutiny and pressure on jurisdictions to adopt the standard, or the standard they’re trying to implement.

“For the Bahamas, it means a necessary evaluation of what that means for our current business model and its future. That is something we will be discussing with government and within industry in an effort to evaluate the Bahamas’ position in relation to the changing global standard.”

Currently, the Bahamas and all other major financial centres have signed up to a global standard that requires tax information to be exchange upon request - not automatically.

The current standard requires ‘requesting states’ to supply specific details on the nature of the information they are seeking - such as name of the client and institution where the suspected information is located - to the Bahamas under the terms of a Tax Information Exchange Agreement (TIEA). These TIEAs also contain safeguards preventing so-called ‘fishing expeditions’ - something that automatic information exchange would open the door to.

Suggesting that the Bahamas should stick to ‘information upon request’ for as long as possible, but commit to whatever was the global requirement, Ms Allen told Tribune Business: “The Bahamas remains committed to whatever the current standard is, and it looks like we have to keep our eye on the ball.......

“I don’t think it’s time for wholesale panic. Clearly, we have a value proposition that’s quite apart from tax planning. The question is: How do you increase that value so you remain competitive and you minimise the impact of all these pressures, whether it’s domestic or international.”

Ms Allen said the Bahamas was “leading the way in terms of taking a position on some of these initiatives”, pointing to the recent regional symposium on FATCA that was held in Nassau.

She urged that all financial services-related initiatives facing the Bahamas be evaluated individually, as well as assessing their collective impact.

“One standard shouldn’t necessarily influence your policy decisions on others,” Ms Allen said. “It’s a matter of looking at the total package, and determining what it means for the Bahamas and financial services going forward.”