A Victory For The Pharisees 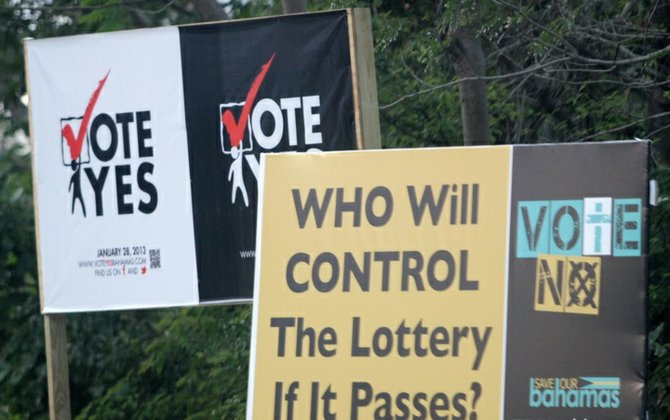 IN botching the gambling referendum, Perry Christie and his Progressive Liberal Party dealt a serious blow to the prospects for liberalism and progress in the Bahamas.

The overwhelming “no” vote did more than ensure gambling remains illegal for Bahamians; it empowered a religious movement that is on a mission to suppress certain personal freedoms and insinuate itself into everything we do – from what we watch on TV, to what happens in our bedrooms.

Forget all the talk of preserving the country’s Christian roots. Those at the forefront of the Vote No movement represent a fundamentalism which harks back to a past that never existed, which seeks to establish something entirely new – a moral police state.

And now, even more than before, the “Save our Bahamas” pastors, the Christian Council, and their followers will believe they have a mandate to push their views on the rest of society.

In reality, the Vote Yes lobby lost the referendum because it had a number of powerful forces ranged against it: certain churches, the official opposition party, the most successful third party in Bahamian history, and a former prime minister who commands an enormous personal following.

And, those who either voted “no” or stayed home, did so for a variety of reasons. Church loyalty was certainly one of them, but there was also party loyalty, resentment that the promised gambling education campaign never materialised, and suspicion the referendum was really a reward for certain web shop bosses who donated to the PLP’s election campaign.

Also, a certain degree of apathy was in hindsight probably inevitable. Many Bahamians who might support legal gambling didn’t see the point of going to the trouble of voting for an activity they already engage in on a daily basis with no hindrance whatsoever.

But the pastors won’t see it that way. To them this will have been a victory for forces of conservatism and coerced conformity – proof that Bahamians overwhelmingly want to live under a religious regime.

Now that gambling is defeated, we can be sure that other pet peeves of the Christian Council will be next in the crosshairs; issues such as homosexuality, the showcasing of “immoral” films, performances by “unchristian” musicians.

We may even have another campaign defending the right of a man to rape his wife.

A few years ago, when the Bill to make marital rape illegal was introduced by the FNM administration, only to be denounced as immoral by the Christian Council, INSIGHT noted that “The public statements of Council members over the past several years have made it clear they feel social progress – defined by most of the western world as having to do with rights and democracy – threatens much of what they hold dear. After all many of them have become exceedingly comfortable in their roles as the self-appointed moral arbiters of the nation.”

Back in 2006, when the Play and Films Control Board banned the film Brokeback Mountain at the request of a group of pastors, local theatre director Philip Burrows said: “You have a group of people who are telling grown men and women what they can and cannot watch. I cannot understand denying people the right to make their own choices.”

Neither could the rest of the world. An Associated Press story about the ban was reprinted by hundreds of newspapers around the world, and brought widespread condemnation down on a country that has nothing to rely on for survival but its international reputation.

Then, as now, it was the government – the very entity charged with safeguarding our reputation – which opened the door to this kind of nearsighted and dangerous fundamentalism.

The fact that the abetment was unintentional this time around is no excuse.

Had there been a proper education campaign as promised, had the arguments for and against casino gambling at least been discussed, or had Mr Christie committed to banning anyone who broke the old gambling laws from ownership in the new industry, things might have been different.

Certainly, he would have neutralised the strongest arguments for voting “no” put forward by his political opponents, thereby making it a real liberals-vs-pastors referendum.

As it was, those of us who support the expansion of rights and personal freedoms were left with an impossible choice: vote “no” and support continued discrimination against Bahamians in their own country, or vote “yes” and run the risk of allowing the government to form a gambling cartel of campaign donors, to the exclusion of all other citizens.

Either way, you were voting against equal rights.

In making it so, Mr Christie and his colleagues are guilty of squandering a priceless opportunity and retarding the cause of progress for who knows how many years to come.

Gambling is in many ways, the last frontier in overcoming our colonial past.

Gambling is in many ways, the last frontier in overcoming our colonial past. It is the modern theatre of our civil rights struggle.

Amid all the moral, economic and other arguments, one fact is undisputed: a foreigner can come to this country and do something a Bahamian cannot.

That is no different from any other form of discrimination, be it assigned bus seats, separate schools, restaurants reserved for a specific group of people.

The Save Our Bahamas crew do have a point in this regard - if we really believe gambling is morally wrong, we should ban it outright, for foreigners as well as locals, and have the courage to suffer the economic consequences of taking a stand against hypocrisy.

The pastors, it should also be said, make no apologies for what they believe and do not hide what they stand for.

Meanwhile, the Progressive Liberal Party, by virtue of its very name, is supposed to be a force for progress and liberalism.

They have a lot of explaining to do.

Email your questions or comments to pnunez@tribunemedia.net, or join the conversation at http://www.tribune242.com/news/opinion/insight/