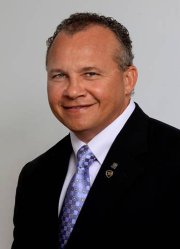 A leading realtor believes the Government could achieve a “double win” if it implements creative policies to bolster Stamp Duty and real property tax revenues, while also stimulating the ‘investment property’ market.

Mario Carey, head of Mario Carey Realty, told Tribune Business that in transactions where real property tax was owed on the underlying real estate, apart from bringing the past due amount current, the Government should also require the buyer to pay a year’s worth of tax in advance.

While this would boost the Government’s cash flow, Mr Carey argued that implementing a 6 per cent Stamp Duty rate “across the board” for all price points would help to stimulate the “sluggish” investment property or ‘buy to let’ market.

With most landlords seeking net returns of 6-10 per cent, Mr Carey explained that such targets were being undermined by the soft economy and depressed rental rates. Reducing the upfront investment/purchase costs through a lower Stamp Duty payment would thus boost returns and overall market activity.

Suggesting that such an ‘across the board’ rate be introduced for a relatively limited time period, such as two years, to stimulate buyer urgency, Mr Carey suggested it be combined with a way for the Government to maximise real property tax collection - especially on past due amounts.

Explaining how this would work, Mr Carey said that when a house - whose owners owed unpaid real property tax - was sold, that debt still needed to be cleared so that good title could pass to the purchaser.

But, in an extra twist, he told Tribune Business that the purchaser should be required to pay a year’s real property tax in advance - putting them in front of the ‘tax clock’, not behind.

“The Government collects the real property tax due, and the buyer pays a year in advance based on the conveyancing value,” he told this newspaper.

Currently, real estate valued at more than $100,000 incurs a 10 per cent Stamp Duty rate whenever it is sold, while the Government is owed more than $400 million in uncollected real property tax - a sum that grows every year.

“From an investment perspective, it increases the investment returns if they are buying something that produces income, 6-10 per cent net returns,” he said of the proposed Stamp Duty rate reduction.

“People are not investing in properties because the rents are so low versus mortgage amounts. You’d stimulate activity in the investment market that’s been stagnant and dormant for a while.

“If you lower the cost of the deal, the returns go up. It’ll stimulate that side of the market. The Government has the tools where they can make these decisions.”

Elsewhere, Mr Carey said he expected the Bahamian real estate market’s performance in 2013 to mirror that of last year. Prices remained down, and with nothing to drive them upwards, it was still a buyer’s market.

“The luxury end of the market, where there’s cash buyers, still seems to be doing better,” Mr Carey added. “Anyone relying on financing will have a hard time making a deal.”

He also encouraged the Government to continue focusing on improving the Investments Board’s (really, the Cabinet and its committees) processes and efficiencies.

Acknowledging that the Christie administration was “trying to do better”, Mr Carey said the real estate industry was “still receiving a lot of negative feedback”, although it was always the bad stories, not the good, that were told.

“That people’s applications [for permanent residency and other approvals] are in for a long time and not getting approved,” Mr Carey said of the most common complaints.

“If the Government needs foreign investment, real estate is one of our products to attract it,” he told Tribune Business.

“I think we just want to try and keep improving the [Investments Board] process. Every time there’s a delay we have the opportunity to lose someone the Bahamas can benefit from living here, if the process is not streamlined or there’s a delay in any way.”

Comrade Doug in one breath you talk about the financial difficulties of an depressed economy and in the second you want to place a further financial strain on property buyers to pay their taxes one year in advance.

Why not give "all" property owners, future and current , an "Prepaying Tax Plan Option" as a convenient way to spread the payment of taxes over a 12 month period?

Not only will this prepayment option provide for an early cash flow of tax monies into the public treasury, but the property owners also can benefit, by eliminating the bigger one-time financial burden to come-up with an annual lump-sum tax payment?

Let the property owners decide and not be forced by the government to pay their property taxes in advance?