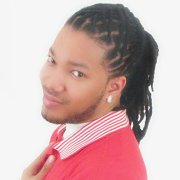 The victim died at hospital around 2pm. Two other men, who were passengers with him in the vehicle, were also injured and taken to hospital.

According to police investigations, a silver-coloured 2007 Chevrolet Malibu was travelling west along Queens Highway when the driver lost control of the vehicle.

The car overturned several times and landed in bushes off the west bound lane. It was extensively damaged.

Inspector Pinder said the two passengers were taken to the Rand Memorial Hospital.

One of the men was treated and discharged. The other is still detained.

Police have not released the name of the victim, but The Tribune understands he is Godfrey Cooper.