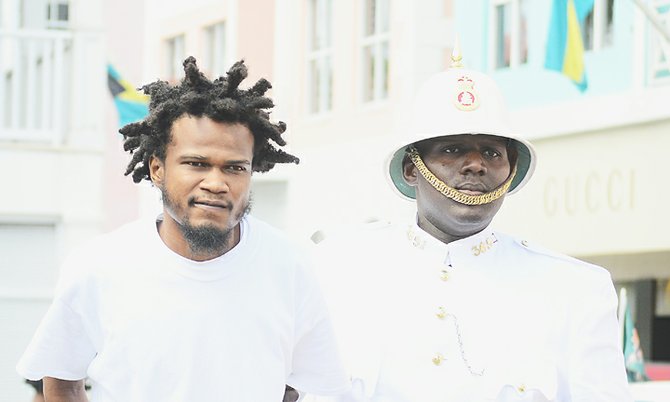 A MAN’s denial of inappropriate contact and sex with a 12-year-old girl was not accepted by a Supreme Court jury who, yesterday, unanimously convicted him of indecent assault and unlawful sexual intercourse.

When Senior Justice Jon Isaacs asked 23-year-old Ovando Knowles if he had anything to say before sentence was passed on him for his actions between 2009 to 2013, he shrugged his shoulders and mumbled a response.

He was asked by the judge to repeat himself and he said: “I never thought in my life I’d see the court system bring someone guilty for something they didn’t do.”

Knowles was convicted of indecent assault and unlawful sexual intercourse, which he denied from the day of his formal arraignment in the Supreme Court.

The girl claimed that when she was aged seven through 10, the molestation occurred in New Providence and on a Family Island.

The girl claimed Knowles threatened to kill a relative of hers which is what kept her silent about the alleged abuse.

A formal complaint was made to the police after Knowles allegedly molested her for the last time in June 2013 when she told a family friend that he had forcibly kissed her and squeezed her bottom.

The girl, when cross-examined, denied that her mother coached her to make up sexual assault claims against Knowles.

Knowles, in his defence, admitted that he was known to the family and saw the girl on the day when she alleged he groped and kissed her. He strongly denied having contact with her.

Knowles further denied making the admissions to the police.

Yesterday, the jury took less than two hours to arrive at their unanimous guilty verdicts.

Knowles’ lawyer, Keith Seymour, requested a probation report be conducted with respect to his client before the court deals with sentencing.

The judge ordered this be done, but noted that such reports took at least six weeks to be completed.

Knowles, who faces up to life imprisonment, was remanded to Her Majesty’s Prisons until September 30 when he is scheduled to reappear in Supreme Court for sentencing.

What does a probation report has to do with sentendcing this system is so back ward, this is a good Example of your laws and this is why there are so many crimes are being committed because they know they will get away with it and the lawyers know how to game the system.