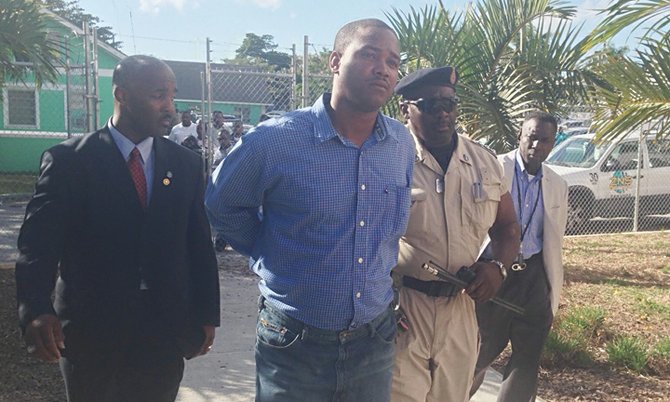 A POLICEMAN and three others were before Chief Magistrate Joyanne Ferguson-Pratt yesterday facing charges of firearms and ammunition possession.

However, 29-year-old Constable Narado Rolle and his co-accused were granted $10,000 bail pending their trial after the police prosecutor for court no 9 raised no objection to bail.

Rolle, Melanie Lowe, 23, Ricardo Deveaux, 36, and Eduard Edmond, 40, all pleaded not guilty to the charges they faced – possession of an unlicensed firearm and possession of ammunition on Sunday, January 26.

The accused are alleged to have had a black Luger 9mm pistol and three live rounds of 9mm ammunition.

On the early morning in question, police received reports of gunshots being fired in the Baillou Hill Road area. Arriving at a local bar south of Dillet Street, officers conducted a search of the bar for firearms and uncovered a handgun with a quantity of ammunition.

Person occupying the bar when police arrived were arrested.

Inspector Clifford Daxon, the police prosecutor, did not object to bail and the magistrate granted each defendant a $10,000 bond with two suretors with twice-a-week reporting conditions.

The accused return before her court on March 4.