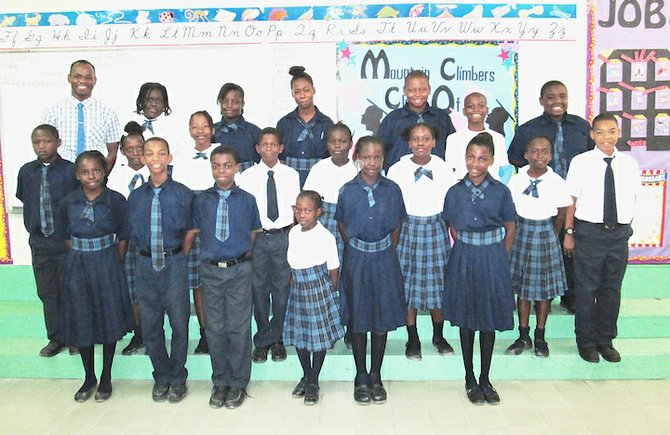 The whole school – including the pre-school – was a part of the electoral process and everyone had an opportunity to vote.

The event came to the attention of the Ministry of Education when District Superintendent for North and Central Andros and the Berry Islands, Harcourt Davis, accompanied staff of the ministry’s Communications Section on a tour of schools in the district.

At Fresh Creek Primary, they found sixth grade teacher Gerard Williams organising the entire student body for the mock general election, in which each voted for the candidate of their choice.

Mr Williams explained that the idea grew out of his desire to have students gain more from the topic, “Choosing a government” which is part of the Social Studies curriculum.

The sixth grade students formed two parties – Free All Over (FAO) and Bahamas In Progress (BIP).

Student D’Ondre Smith said he thought the process was competitive and fun.

Malika Clarke said she learned what it is like to work towards being elected.

She also said that as a Member of Parliament, she would seek to raise teachers’ salaries and fix the roads.

Godfrey Mitchell hoped to become the Deputy Prime Minister. He said he knew it would be a hard job because you must ensure that the country is run properly.

Tamara Bain was a candidate for the Love Hill constituency. She said she wanted to ensure that the roads get repaired.

Tamara also expressed the desire to build a hospital in Central Andros and provide jobs for the unemployed.

Did they also mock the handing out of cash? hehehe