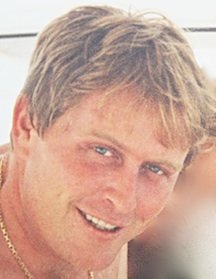 REGINALD Scott Kelly, 44, died on Saturday at the Hope 4 Cancer Clinic in Tijuana, Mexico, after a three-year battle with cancer.

Scott, the son of Mrs Nancy Kelly and the late David Kelly, is survived by his wife Candy, his six-year-old daughter, Katie, his mother, two brothers, Andrew and Gregory, his father-in-law and mother-in-law, Mr and Mrs Rupert Roberts, and his brother and sister-in-law, Richard and Judy Waugh.

Candy and his niece, Paige Waugh, were at his bedside at the time of his death.

Scott attended St Andrew’s School in Nassau and worked in the family business, Kelly’s Home Centre, up until the time of his illness.

Funeral services will be announced later.

Reginald Scott Kelly, who died on Saturday at the age of 44 after a three-year battle with cancer.