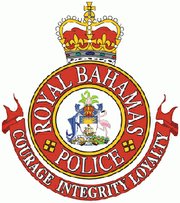 Mr McCartney’s comments come as psychologist Dr David Allen continues to lobby for the organisation to sign onto an intervention programme that has yielded transformative results for prisoners, emergency medical responders and the wider community.

Dr Allen said that while he is not sure psychological evaluation is necessary, there has been scientific research to support the impact of group therapy on reducing anger and acts of violence or violent revenge.

“The police,” said Dr Allen, “are human and are under a lot of pressure just like the people on the street.

“The Family (programme) meets with Emergency Medical Services each week, and we’ve seen already how it has allowed people to release some of the pain and terror they are seeing each night. We are operating in 15 sites throughout New Providence, the prison, boys and girls industrial schools, the Ranfurly home, and in traumatised communities. Our programme, The Family: People helping people, is also at two massive churches in Dallas, Texas.

He said: “I think the police could also benefit from (the programme), where they can come and share their feelings in confidentiality and debrief.”

Assault accounted for 53 per cent of grievances put to the RBPF’s Complaints and Corruption Unit (CCU) from the period 2009 to 2013, according to police statistics.

Mr McCartney told The Tribune that while there was no formal consideration for increased psychological evaluations, he felt there was always a need for continuous assessment. He promised to provide The Tribune with a report of how many cases have been resolved today.

Members of the public have filed 1,484 complaints against officers from the period 2009 to 2013. Not included in this figure is the number of police shootings, which are handled by a special team that is appointed to each case. Unlawful killings are also not included in statistics compiled by the CCU, according to Mr McCartney, who said that those matters are referred to the Coroner’s Court.

Mr McCartney said: “I think there is always a need for continuous assessment in all areas, so that is something that I don’t think will hurt. Officers are required to do a medical examination at the end of each contract, but there is no psychological examination. That evaluation is done in the initial process, and then it would only be done if there are any reasons for us to suspect that it is needed, usually a complaint. The first contract is two years, and then every five years.”

He added: “We are here to serve members of the public, to be accessible to them, not to infringe on their rights. Unfortunately we have a job to do that sometimes it’s not the best job to do. But there is a system in place that when officers go beyond what the law dictates, there are mechanisms for review and these cases are investigated thoroughly.”

“The majority of these complaints unfortunately are assaults and unethical behaviour, quite a number of unlawful arrests as well. These are investigated irrespective of rank. We are governed by the police act and we police ourselves.”

In response to Tribune questions at a press conference last week, Dr Bernard Nottage said he was sensitive to the “relationship between the police and communities and the complaints which are made against the conduct of policemen”. Dr Nottage maintained that the CCU was independent and he added that he would review the rules and regulations governing police tribunals to ensure greater transparency of the process.

Interesting the timing of this release. Are we trying to change the focus from the fact that this department has a culture of brutality to maybe they brutalize people because of stress & psychology problems this is b.s. People are who they are, nobody just wakes up one day and decides to violate peoples rights or abuse power. Only ass holes mess with innocent people. Many individuals who abuse their authority got onto that department because they wanted the power they never had growing up.

"...because they wanted the power they never had growing up." Is that not reason enough for a psychological evaluation?

So they are saying that they don't evaluate the mental state of these policemen...every time I think the stupidity of our Bahamian government has reached a peak they surprise me. Why would they think that it would be okay to not have mentally evaluated these person before handing them a gun and badge? Some of these officers are carrying loads of issues from childhood even adulthood and they could be triggered by any number of things.

Do you think the various military of the world mentally evaluate their soldiers because it's a fun thing to do. It's done to ensure that these people who are responsible for the health and safety of others are themselves healthy and safe. SMH!!!

/and another moment of raw and unadulterated stupidity of the Bahamian government brought to you courtesy of Tribune reporting sources.

DO ANYONE DO A PSYCHOLOGICAL EVALUATION ON THE RBPF RECRUITS????????? PIG GROW TO HOGGGGGGGGGGG