Vikings to join the playoff party as the door closes 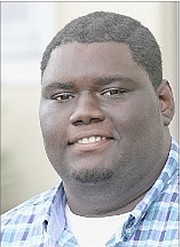 THIS week brings with it a sobering but eager mood. The 2015-2015 NFL regular-season will draw to a close, narrowing down the field of 32 teams to 12.

As it stands, ten of the 12 playoff teams have already been determined; the two remaining spots exist in the AFC.

The Patriots, Broncos and Bengals have all locked up division titles in the AFC’s East, West and North divisions respectively.

Meanwhile, the Houston Texans are clinging to a one-game lead over the Indianapolis Colts, a team that is also battling the New York Jets and Pittsburgh Steelers for the last wildcard slot.

In the NFC, the Panthers, Cardinals and Redskins have all locked up their divisions, leaving the Packers and Vikings in a week 17 showdown for the NFC North division crown in the last match of the year on Sunday night.

I am excited to watch these games play out; there is a lot to be determined and a lot of pride on display.

Jets want to get in to the dance. Win and they’re in; lose and they need a lot of help.

Patriots want to lock up the AFC’s top seed. The Dolphins virtually guarantee that happens.

A loss by Carolina and an Arizona win means the road to the Super Bowl on the NFC side would have to go through Glendale.

Carolina might rest some starters but Cam knows the importance of getting into the playoffs firing on all cylinders.

The Bengals can fall anywhere between two and four in the AFC standings. This team, more so than any other in the conference, needs a playoff bye.

Steelers can’t focus on what the other teams are doing, they need to win … let’s start with that.

Houston has positioned itself at the welcome mat of the party - guys, it is time to go in.

Titans are done, the Colts need this win.

The Chiefs are looking to make it 10 in a row. I think they get it.

Boarded the Redskins bandwagon, seated comfortably behind Kirk Cousins and next to DeSean Jackson. We like that.

Both teams playing for pride in this contest

Do the Broncos falter after a huge week? There is a big chance that they do.

Again, a loss by Carolina and an Arizona win means the road to the Super Bowl on the NFC side would have to go through Glendale. Seattle are not going to go away easily: expect points, hard hits and a lot of chatter between both units.

Definitely the game of the week. Adrian Peterson is salivating at this match-up, but the Packers are angry after getting ‘manhandled’ by the Cardinals.