A Life Of Crime: The Primary School Years 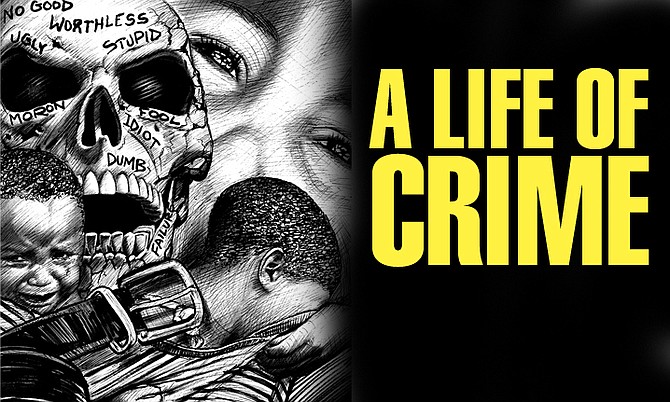 DR Mike Neville is a forensic psychiatrist who has spent 40 years – the majority in The Bahamas – working in the hospitals, courts and prisons at close quarters with offenders. He is bringing his experience and expertise to bear in a weekly series in The Tribune designed to inform an evidence-based national debate on how to solve the rising levels of crime.

Week by week, Dr Neville is examining the causes, effects and potential remedies of crime, from the cradle to the grave, looking at the reasons behind the increasing catalogue of murders, shootings, armed robberies and sexual assaults.

And we want you to be involved. Every Tuesday, you can comment on his articles in The Tribune and call in to an hour’s live phone-in on KISS FM96.1 from 3pm on 677-0961. Dr Neville will welcome views – unconventional, challenging and supportive – from everyone. Join the discussions via comments on tribune242.com, email to lifeofcrime@tribunemedia.net or on the radio today.

The good old days. How often I hear that, this great yearning to go back in time.

It goes on and on, as if there really was something good about distant memories of beatings long past. I often feel the best thing about the good old days is a very poor memory – or perhaps just a selective one.

How many want to give up on the internet or their smart phone? Do we really want to go back to racial inequality or massive wealth differences ... Ooops, we are still there.

Our imaginary child has just moved out from the nurture of home, parents, pre-school and caring health professionals into the world of school. Even if things have not gone well and the things that are related to later crime problems have already happened to you; even with some degree of brain damage or learning differences there is still hope.

These early years are certainly a time when school, church and family still have enormous influence over children and their development. These years can help to make or break a child. These are the foundation years, preparing children for the outside world, and it is also a time when outside influences gradually creep in.

Religions and schools have often worked hand-in-hand and have to this day been the provider of schools worldwide and have been around since ancient times. It is of interest that when the Sunday School Movement began in England in 1757 the idea was that “vice was better prevented than cured” and that schooling was the best intervention. The only available time was Sunday as the boys worked in the factories the other six days (ah, those good old days). They were taught to read and the book was the Bible.

In The Bahamas, formal education was pioneered by Anglican missionaries in 1722.

It is sounding pretty good: church, education and family a recipe for success, add the wonderful ingredient of the Convention from the United Nations called “The Rights of the Child” which came into force in 1990. Some are worth mentioning:

“Children have the right to love and understanding, preferably from parents and family but from the government when these cannot help.”

“Children have the right to be protected from cruel acts or exploitation.”

“Children have the right to an adequate standard of living, health care, education and opportunities for play and recreation. These include food, a place to sleep and access to schooling.”

I do not claim to understand the latest changes here in regulations that require student visas but I can say that if groups of children do not go to school there will certainly be an increased risk of a descent into a life of crime in later years.

In The Bahamas all the major religions still provide schools but the majority are now government run. There are unfortunately many problems that confront us.

How many children leave primary school unable to read, write and add up? We read of a national “D” average. This makes success at secondary school level almost impossible and leads to truancy and criminal activity.

How many children in these schools are bullied? I am not aware of statistics but I hear stories all the time and there can be no doubt that someone who has been bullied will lose their self esteem and confidence. This will have very unhealthy long term effects. There are many programmes that have been introduced into schools but there is no quick fix; there has to be an ongoing educational campaign for the kids and there must be more involvement from the teachers, who all too often intentionally or unintentionally add to the scapegoating process.

Is physical punishment the answer? There are many who feel it is the magical answer to all our woes; however opponents believe that it is much less effective than positive means for managing student behaviour and does not achieve long term compliance. It also teaches that violence works – all that matters is that if you have the power, the strength and the weapon. Be it strap, cane or gun you control the moment, you have the power you need, you can do what you like. Is that really what we want to teach? Certainly not if you are looking down the barrel of a gun.

The problems at home can be even worse: the nightmare of child abuse. Please do not play the ostrich with your head in the sand – children are abused all too often. Horrendous acts of violence are not always picked up, sexual acts on children that most of us do not want to believe do happen. Children are neglected, screamed and shouted at, left to fend for themselves and – lost to depression and despair – they become angry and cold.

The research shows that the effect of child maltreatment roughly doubles the probability that an individual will engage in many types of crime. The cost of crime is astronomic and whilst there is already great work done by child and protective services, can we convince authorities that the benefit in reducing child abuse would save money with the reduction in the cost of crime? Are we really digging deep enough to shine the light on all the abuse?

The investigation into abuse in Rotherham in the north of England is truly shocking. I am not talking about these tragedies to provide some sort of literary voyeurism: no, I believe people are much the same all over the world so we need to be more vigilant and we need to ensure that there are no similar problems here. We do know from countless research that kids who are abused are greatly at risk of becoming abusers when they grow into adulthood.

One young man I evaluated at Fox Hill Prison told me how he had been repeatedly beaten by one family member until he was moved to another island; there he was publicly humiliated, his sheet was hung out each day as he wet the bed. Off to another island he went, where he was repeatedly raped by another relative. It certainly cannot excuse the fact that he raped countless young boys and absolutely does not excuse his killing of children, but it does help us understand how he became what he was; and if there was any way that abuse that happened to him could have been prevented maybe the horrors that he committed would not have occurred.

The Church remains very influential in The Bahamas and, without doubt, many churches provide many crucial services, but there seems to have been a shift in how this work is provided. In the early years of evangelisation the Church went to the people; it provided education and built schools. The Catholic Church even had the Hardecker Clinic for children’s health. It now seems that, as the world has changed and transport improved, it is now the person who must come to the Church. This works well and many of our churches are wonderful edifices – but what of the marginalised, the addicted, the lost souls that wander our streets? How many churches have a true outreach to them and all others?

There can be no doubt that whilst many individual parents, pastors and teachers have fallen down on their jobs, there are still plenty of good parents, pastors and teachers. The problem is that when things go wrong, we seem to find it difficult to work together and where is the institutional push to help our children through their trials and tribulations? As a society are we teaching peace, understanding and friendship or are we siding with the ever increasing cries to meet violence with violence?

If you have any contribution to make or any questions join the debate online at tribune242.com and call in to the live radio discussion from 3 to 4pm today on KISS FM96.1 on 677-0961.

NEXT WEEK: Adolescence, peer pressure and the development of personality.