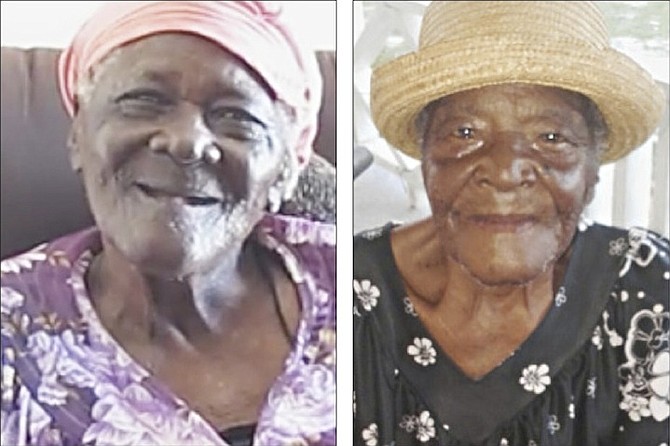 THE daughter of 93-year-old Geneva Johnson said yesterday while the devastation Hurricane Joaquin wreaked on Acklins did not take the life of her mother, the massive category four storm left in its wake mental and emotional scars too big to overcome.

Family members claimed Ms Johnson died as a result of complications associated with pneumonia during the early hours of last Thursday.

Ms Johnson, with her twin sister Elizabeth, braved the wrath of the storm in their one-bedroom home in Chesters. In an interview with The Tribune, Beaulah Williams stressed that in the weeks following the passing of Hurricane Joaquin she noticed a difference in both her mother and aunt, but thought the changes nothing more than emotional distress as a result of the storm.

Ms Williams noted that her mother had indicated that the storm was the worst she had ever experienced, adding that the turmoil of the storm left her (Ms Johnson) afraid to travel. “She didn’t want to travel, she didn’t want to go to Nassau. After the storm, she was often afraid and she honestly never recovered,” she said.

Family friend and concerned neighbour Charles Bullard told The Tribune that the pair had in recent weeks expressed some concerns with the structural damage inflicted on their home as a result of Joaquin. Mr Bullard said he believes that the condition of the sisters’ home and their inability to address it worsened the medical conditions of both.

Subsequent to the storm’s passage, the sisters were moved to the home of a close relative. It was there that Geneva Johnson passed away on Thursday, reportedly in the arms of her twin sister.

The Tribune understands that while Elizabeth Johnson has accepted the fate of her sister – who will be laid to rest this week – she is emotionally devastated.

So sad and tragic.