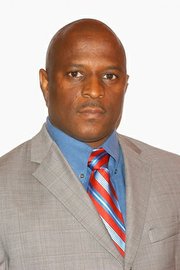 Free National Movement Chairman Michael Pintard said "fully expects" the government to delay the implementation of its proposed National Health Insurance scheme, adding that concerns over its funding comes secondary to the "infrastructural development of the existing healthcare system".

Mr Pintard said the government's current fiscal challenges would likely cause the Christie administration to postpone its proposed implementation date of January 1, 2016. He underscored the rising cost of restoration efforts in islands devastated by Hurricane Joaquin, coupled with the infrastructural upgrades needed to bolster the existing health system.

In an interview with The Tribune on Friday, Mr Pintard called for the government to have a "candid, open, honest conversation with the stakeholders and the population about what our realities are" with regards to NHI's implementation.

"I fully expect that the government is going to delay the introduction of NHI not just because of the recent hurricane, but because of the fact that tremendous amounts of infrastructural development (are needed) in the existing healthcare system, a tremendous amount of improvement to the infrastructural plan has to be carried out," Mr Pintard said.

"A number of systems have to be improved or introduced, so independent of the hurricane, it is expected by any number of persons in the healthcare system that a delay would occur, and even more so now in light of the recent hurricane, one would expect a delay."

He said: "We have mini hospitals, both in Abaco and Exuma that remain closed, that the government has not yet brought online, and recently the Attorney General identified some of the reasons, but certainly among them is this notion that they're having challenges in staffing such facilities, and that such facilities had to be completed."

State Minister for Finance Michael Halkitis revealed on Thursday that the damage caused by Hurricane Joaquin is now pegged at $80 million. The government originally estimated the damage to be at around $60m, but Prime Minister Perry Christie did say that figure was likely to increase as the Ministry of Finance continues to receive additional assessments.

On Friday, Mr Pintard suggested that the $80m estimate may be an "overstatement" when taking into consideration the various relief efforts made possible by private citizens and/or organisations, as well as some of the buildings that were damaged being covered by some form of insurance.

"There's likely to be less building and assets covered by insurance in some of the Family Islands than in New Providence or Grand Bahama or Abaco, but nevertheless, insurance payments will cover some of the costs that would have incurred as a result of the hurricane," he said.

He added that the public, the private sector, the international community and good Samaritans “have led the way so far in getting required items into residents”.

“And so, this same community, this coalition has also began helping with the repairs and the reconstruction of private homes as well as other buildings,” he said. “So some of what the government projects that it intends to spend on reconstruction, those funds are being raised by any number of private citizens and organisations."

They will go forward on schedule with NHI - cause they don't care about the economy. They have proven that.

As for the $80M for repairs in the hurricane areas - you must understand that the amount is probably divided into $30M repairs plus $50M "repairs" = $80M.

The hurricane should have nothing to do with a well planned national health scheme. IF it does, it presupposes that either, we only needed to find money for the startup phase, or that we will never have another natural or man made disaster in the islands ever again. The fact that their budget risk assessment didn't include "natural disaster", says a lot. They essentially built a park and forgot to account for the time needed for the grass to grow.

These people are completely lost. I hope none of them have any illusions of having roads parks schools or buildings named in their honour. That Frank Watson whatever it is needs to be renamed as well.

This is the worst government in history.

It would be great if this NHI effort could be "multi- partisan" with both the FNM and DNA joining the PLP in implementing a fiscally sensible public insurance plan for the Bahamian people.

Surely all the experts, including statements from the Bahamian medical association (MAB) have said an all inclusive insurance scheme is needed, and in the case of the MAB "supported"!

Well then...let's see the other political parties, agencies and nongovernmental institutions come up with ways to "fix" whatever they feel is broken with the government's/ Sanigets's proposed scheme...the 100+ page document has been released publicly. If indeed it is true that a properly funded national insurance scheme will improve the delivery of healthcare to our citizens and remove the financial barriers to locally (and even reasonably priced internationally) availability care and would spark a renascence of modern advance care in the Bahamas, then we all are doing the country a disservice if we don't seize this opportunity to get it done now. If not this opportunity will not likely present itself anytime in the foreseeable future...or maybe that's what some special interests groups want...a maintenance of the status quo so they can continue to reap their financial benefits, while "the people" suffer?!

It's about Party politics right.... never about the people

Bahamar says it has redundancies? The whole of Bahamian politricks is redundant TRUSSSSS ME