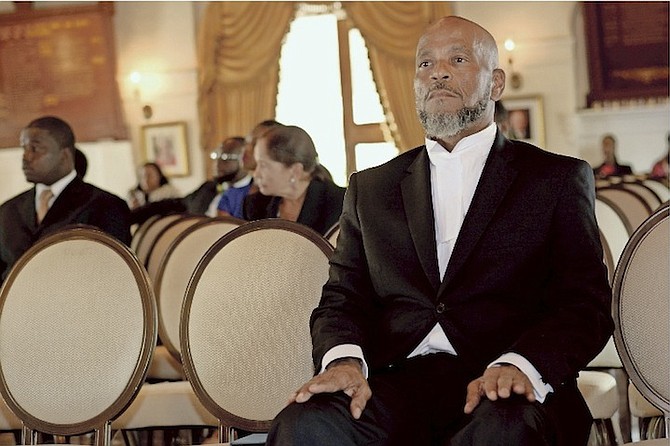 Do you support Loretta Butler-Turner's decision to appoint Rodney Moncur to the Senate?

NEWLY appointed Senator Branville McCartney said while he does not agree with the view and opinions of his parliamentary colleague Rodney Moncur, the Senate will be “a lot more interesting” with the talk show host in it.

In an interview yesterday on Hot 97 FM’s “The Morning Madhouse” with host “King C Note,” Mr McCartney said he believes that Mr Moncur will eventually retract some of his controversial statements and in the process encourage more persons to “tune into” the proceedings in the upper chamber.

On Monday, after foreshadowing that some of her Senate picks were likely to shock the public, leader of the Official Opposition Loretta Butler-Turner announced that she had selected Mr Moncur, a controversial justice of the peace, to be appointed to the upper chamber.

She announced last week that Mr McCartney, leader of third party Democratic National Alliance (DNA), had been appointed leader of opposition business in the Senate.

Host of the radio talk show “Freedom March”, Mr Moncur has recently used the platform to advise people not to register to vote or take part in the 2017 general election.

He was also a vocal critic of the June gender equality referendum, calling the exercise “witchcraft” and erecting a billboard outside his office urging people to vote ‘no’ to all four questions.

Mr McCartney said yesterday he was not surprised by Mrs Butler-Turner’s Senate picks, as the two have had “intensive conversations” on the prospective senators.

“We were in conversations about the appointments, as to who was going to be an appointment and what reason,” Mr McCartney said. “There has been intensive collaboration up to yesterday. Let’s put it this way, the Senate won’t be boring any more. We always talk about needing change in this country, now this is change. It will take change, it will take different, it will take ‘what has happened there, what is that person thinking’ for change to happen,” Mr McCartney said.

“The Senate is going to be very interesting, I think more people will watch. The bottom line is, what has happened with the Senate and the Senate picks, you now have complete diversity, you don’t have everyone speaking the same language. It is quite diverse, it could be healthy in terms of him (Mr Moncur) revisiting certain things. We will see what happens, it is going to be interesting in the long run to see whether or not he continues to encourage people not to vote. “Wouldn’t it be good for Mr Moncur who said those things previously to come around and say I take it back? I do not subscribe to anything he says but what you see with him is what you get. Stay tuned to the Senate.”

Mr McCartney also denied that he and Mrs Butler Turner have “teamed up” to bring down the Free National Movement.

“What is happening in the FNM is their business, I have nothing to do with that,” Mr McCartney said.

“There has been no teaming up, there has been an appointment made to the DNA leader. There is no teaming up, no discussion in terms of teaming up, that has not happened. We have talked about policies with the country and being on the same page with that and moving in a united opposition force but not to oppose for opposing sake. We have some bills that are going to be debated today and tomorrow and they are something we are supporting the government in. You will see I get straight to the point and I don’t like to waste time, we will get it done.”

Mrs Gomez, an attorney, resigned from the Senate two weeks ago, shortly after Mrs Butler-Turner and six other FNM MPs removed Dr Minnis as leader of the Official Opposition through a petition to Governor General Dame Marguerite Pindling. She resigned because she was one of four senators who were appointed to the upper chamber by Dr Minnis. Mr Knowles is a fisherman and contractor who hails from Long Island.

Mr Moncur is former leader of the now defunct fringe party, the Worker’s Party. He also ran and lost on the DNA’s ticket for the Bain and Grants Town constituency in the 2012 general election.

This arse McCartney clearly thinks politics for our country is nothing but a grand joke and not the least bit about serious business affecting the daily lives of Bahamians who are suffering greatly at this time. He sounds more and more like just another one who has been handsomely paid off by Crooked Christie's Red China friends to ensure the corrupt Crooked Christie-led PLP government remains in power to serve the wishes of itsr new communist Chinese masters.