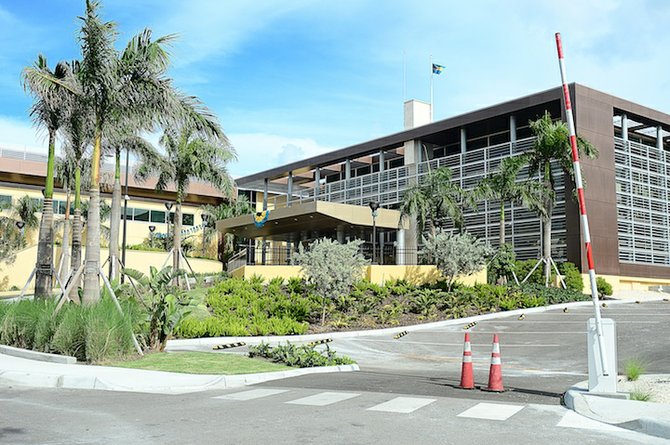 IN a rebuke of the government’s handling of National Health Insurance, doctors gathered for a press conference at the Princess Margaret Hospital yesterday to condemn the way NHI is being introduced.

The doctors said distrust of the government and a lack of consultation are chief sources of their concerns.

Their stance complicates the Christie administration’s efforts on NHI, putting the government on the defensive against a group critical to NHI’s success just days after people began registering for the scheme.

The stakeholders’ concerns have renewed questions about whether the administration, facing a general election next year, has followed too aggressive a timeline for introducing NHI.

MAB President Wesley Francis said primary health care could still be implemented in April as planned if efforts are made to overcome the challenges inhibiting greater cooperation between the government and stakeholders.

“As a stakeholder, the MAB has been involved in this process from the inception of the steering committee almost two years ago,” Dr Francis said. “It is unfortunate that we are here today because of a lack of consistent and meaningful engagement of all relevant stakeholders, the most significant being the public at large. We find ourselves now, with what we view as a very large information gap because of a lack of education, a toxic political environment and many groups with competing interests precluding honest, transparent, productive dialogue on such an important and landmark health reform policy.”

Dr Francis said amid concern about a lack of consultation with relevant parties is a feeling of distrust with the government.

“Government accountability and years of broken promises has led to a global distrust in our successive administrations to bring about real change,” he said. “Many people do not trust the government with this major reform and feel that the capacity is in the private sector. If we are honest this may be the only reason why some oppose this plan even though it may have significant long term benefits.”

He said public clinics and hospitals across the country must be renovated and “subjected to the same regulatory process of standards verification as private facilities.”

As part of the first phase of NHI, the government set aside $60m for medical upgrades and advancements in last year’s budget and Mr Christie has said efforts are already underway to improve healthcare in the country using this money.

Asked if this is adequate, Dr Francis suggested the doctors have too little information to say.

Despite multiple meetings with the government and its consultants where one would expect these questions to be asked and answered, he said those meetings have not been particularly productive.

“The meetings could be more productive,” he said. “ We came away with the feeling of not being respected. We don’t need more Power Point presentations. We need to be a part of the nuts and bolts of working through the process.”

“There needs to be rational, constructive debates. We will not make progress if there is a lack of willingness to compromise. Insulting professionals or stakeholders is just wrong and it diminishes who we are as Bahamians.”

Meanwhile, the Bahamas Doctors Union (BDU) said it wants the government to slowly implement NHI over a period of five to 10 years.

The BDU, which represents the largest and most diverse group of doctors in the country, released its statement expressing concerns over the government’s handling of NHI yesterday.

It called for the initial phase of NHI to feature infrastructure improvements, administrative and system development, education of healthcare workers on the initiatives, goals, expectations and presumed outcomes of NHI and further research in healthcare related to fields to create a plan in the context of this country and culture.

The BDU also called for the government to remove taxes on medial equipment, technology, medication, insurance and healthcare.

A tax burden, they say, would not be sustainable.

The Christie administration has in the past dismissed the call to remove taxes on healthcare.

Former Financial Secretary John Rolle said such a move couldn’t be done without considering how it would impact the government’s revenue base.

The Medical Profession will not allow this PLP administration to "build a house on sand". The country's finances, and very future, are in a perilous state. Those who know better cannot allow the country to be "flushed down the pan" just to satisfy the PLP's lust for power. I am encouraged that the doctors seem united in their determination to resist this reckless scheme. With proper consultation we can build an NHI that everyone can be proud of. However, it will have to be done methodically, strategically, and in full collaboration with the main stakeholders.

Doctors, band together and take the government to court like the Callenders people.

They got the McKinsey Report.