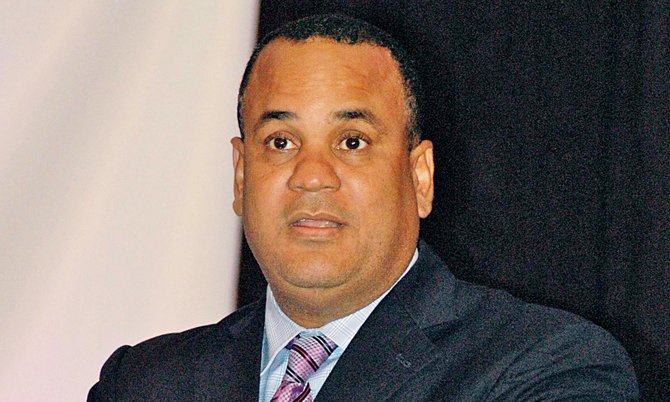 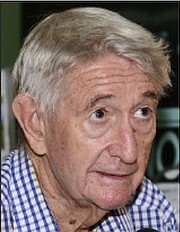 Moody’s and S&P will ask the Minister of State for Finance a number of uncomfortable questions as they consider a downgrade for the Bahamas, Richard Coulson says

THIS WEEK and next, the warriors of the dreaded international rating agencies will ride into town to pick at the bones of our financial structure.

Moody’s and Standard & Poor’s (S&P), each with its own rigid criteria, will send their best and brightest analysts whose lances will be lap-top computers loaded with data from our own Department of Statistics and Central Bank, all sent to the World Bank and International Monetary Fund for the world to see.

The task of these functionaries, with no animus against the Bahamas, will be simply to “tell it like it is” and decide whether to follow through with their “reviews” that threaten to downgrade us a couple of notches, below investment grade. Moody’s will not be scared off by James Smith’s proposal that Government fire them for a demotion - unbelievably bad advice from a former Central Bank Governor, a sure bet to give us an international black eye.

Both public and private sector spokesmen can be expected to defend our position.

Doubtless the Minister of Finance (aka Perry G Christie, Prime Minister) will make a ceremonial appearance, but the labouring oar will be stroked by his hard-working deputy, Minister of State Michael Halkitis. Our sympathies go out to Mr Halkitis, an experienced financial technician burdened with squeezing incoming revenues to finance the ever-increasing expenditures approved by his seniors in the Cabinet, which he may not personally embrace but must support under joint ministerial responsibility. His quoted words betray that he approaches the coming sessions with grim determination rather than buoyant enthusiasm: “The agencies are analytical ... we will try to convince them and plead our case ... we have to be optimistic ... if it [downgrade] does happen, then we will deal with it and cross that bridge when we get there.”

Mr Halkitis’ main problem will be that he must balance hard, present facts against unproven, future promises. There is no doubt that Government debt has reached the critical level of 76 per cent of Gross Domestic Product (up from 55 per cent in 2011), while Mr Halkitis can merely claim that the rate of growth is slowing, not declining. Any reduction of debt must depend on success in controlling budget deficits, but here the Central Bank did sabotage his case by disclosing that the deficit for the first 10 months of this fiscal period increased to $266 million, up 16 per cent year-on-year. Imposition of Value Added Tax (VAT), Government’s major fiscal initiative, has brought in $550 million of tax revenues, still not enough to cover expenditures.

The rating agencies will not be blind that VAT was originally sold to the Bahamian public as a direct application against debt increase, only to learn that that the proceeds are swallowed into the Consolidated Fund, where, since dollars are fungible, they simply pay for whatever increased expenses the politicians approve. In their talks with the private sector, the analysts will not find many citizens claiming VAT has improved public services, reduced public inefficiencies or lowered import duties to reduce his food bill - quite the contrary, as every lower-income shopper finds the necessities of life have become a struggle to economise, or do without.

Of course Mr Halkitis speaks about future economic growth, the prime essential for debt reduction ratios. He leans heavily on Baha Mar, referring to its “imminent” construction restart and opening. Well, perhaps ... we have heard that prediction many times already from the ever-hopeful Prime Minister, as he assured us a year ago that his method of foreclosure, favouring the Chinese, would bring quick results, and approved three first-class trips to Beijing by the Attorney General and her substantial entourage for fruitless negotiations.

Mr Halkitis’ other examples of growth projects can only be regarded, through no fault of his own, as pretty lame. He refers to mortgage relief: it failed once, the new version is only at the threshold, and how many mortgages will be restructured? He refers to $30 million for public-private partnerships to restore the Rodney Bain Building, the Post Office and “some other dilapidated government buildings” - peanuts.

Our only two major public-private projects, the airport and the Arawak Cay container port, were successfully created long before the present Progressive Liberal Party administration. Mr Halkitis says nothing about any similar new initiatives. The Moody’s and S&P investigators may well ask: what about the much ballyhooed reorganisation of the Grand Bahama Port Authority with a new foreign investor and Government itself taking a stake? What about the downtown redevelopment zone and boardwalk, once promoted by Mr Christie as the next Chinese contribution, now dropped into oblivion, although nothing could be more important for our central city’s appeal to tourism?

A couple of major foreign direct investment (FDI) ventures are still in the realm of vague Memorandum of Understandings, as we wait to see whether MSC Shipping will start digging at Ocean Cay and the Swiss-Italian heiress do the same at the Barreterre islets off Great Exuma.

The persistent inspectors will doubtless cross-examine Mr Halkitis politely about measures taken to shrink current expenditures and raise revenues. Even in the air-conditioned comfort of the spacious Wallace Whitfield Centre boardroom, we can imagine beads of sweat forming on his brow as he tries to defuse such political landmines as:

In analysing Government promises to encourage private sector growth, the rating agencies will surely keep in mind two recent warnings from the American Embassy. The first points out the risks of corruption from our opaque and inconsistent procurement and bidding procedures for big-ticket projects, still kept in the dark by absence of freedom of information laws. The second highlights the failure of our lawyers’ ethics committee to lower the boom on practitioners who permit, or even assist, in endless delay for clients litigating claims against clear defaulters.

These warnings coincide with the World Bank’s recent rating of the Bahamas as no.106 out of 189 nations in the “ease of doing business” index, a disastrous figure for a country that must attract a steady flow of FDI in competition with Singapore (no.1), Hong Kong (5), Mauritius (32) and even Jamaica at 64. Mr Christie has now acknowledged that this ranking must be improved, having just noticed the years of businessmen’s frustration at getting permits and approvals.

We wish Mr Halkitis fortitude and eloquence over the coming weeks. A saying once attributed to Mark Twain tells us that a happy second marriage results from the victory of optimism over experience. The Bahamian people are blessed with optimism and never crushed by grim experience. Even if our rating is lowered to junk-bond status, they will see the silver lining: with borrowing more expensive and harder to find, our political leaders will have to rein in their enthusiasm for extravagant spending - or possibly be replaced by new leaders at the polls next May.

• Richard Coulson is a retired lawyer and investment banker born in Nassau and from a long line of Bahamians. He is a financial consultant and author of ‘A Corkscrew Life - adventures of a travelling financier’.

Excellent article as usual by Mr. Coulson. The PLP have lied their way through the last five years but it all ends here. The rating agencies deal in facts not empty rhetoric and so another downgrade is almost inevitable. It is an utter disgrace that this administration has blown the $550 million in VAT revenue. This was a golden opportunity to get our fiscal house in order and build for the future. Instead they blew it like a juvenile given his first credit card! In any right thinking society, the PLP would be consigned to the scrapheap for their total abuse of the people they were chosen to represent. But this is The Bahamas where the electorate seems to have a death wish.

All of those who pushed for rather than against government's introduction of VAT should hang their heads in shame when reading this one paragraph above:

"The rating agencies will not be blind that VAT was originally sold to the Bahamian public as a direct application against debt increase, only to learn that that the proceeds are swallowed into the Consolidated Fund, where, since dollars are fungible, they simply pay for whatever increased expenses the politicians approve. In their talks with the private sector, the analysts will not find many citizens claiming VAT has improved public services, reduced public inefficiencies or lowered import duties to reduce his food bill - quite the contrary, as every lower-income shopper finds the necessities of life have become a struggle to economise, or do without."

The idiots like John Rolle, Gowan Bowe and others who made the government's case for introducing VAT turned a blind eye to the simple fact that giving a spendthrift corrupt incompetent government more money to spend would naturally induce more government spending and enable more government borrowing. It's common sense that just like you don't give an alcoholic more alcohol to drink, you don't give a corrupt irresponsible government that can't control spending more money to spend. Rolle, Bowe and others like them should have been insisting on tangible evidence of reform in the government's wasteful spending habits for at least a year or two before even considering throwing their support behind any system of new taxation. By not insisting on the VAT revenue being appropriately ring-fenced or earmarked only for paying down the level of our national debt, our country's finances are now in an even worse position than they were before the introduction of VAT. Thank you John Rolle, Gowan Bowe and others like you for helping our government royally shaft all honest hardworking Bahamian taxpayers!! And to think John Rolle went on to become Governor of The Central Bank; a definite quid pro quo from a corrupt government for his efforts in securing more tax dollars for our government to wastefully spend or allow to be squandered by egregious instances of outright fraud!!!

No matter how you view it, you can't put lipstick on this pig and take it to market.

The government has already lied to the ratings agencies. They said that the deficit will be reduced to a hundred million and change, and in just have the year, it has tripled (that we know of).

Halkitis the apologist will not be believed by the ratings agencies because he is not a man of economic substance and knowledge. He is a junior minister with no clout. He is unpolished and not very professional when compared to peers on the world stage, and he is a stand-in stooge for the government.

Perry Christie should face the music, not Halkitis.

Christie and Halkitis are now so fully stuffed with each others s h _ t that they both look like stuffed pimentos.