Lack Of Clarity On Funding For Nhi Plans 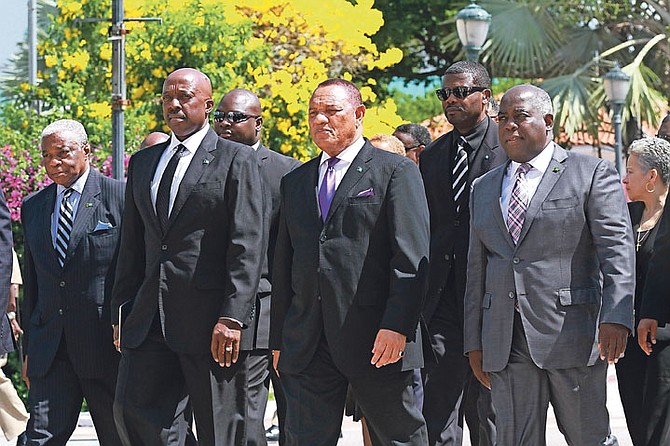 ALTHOUGH the Christie administration has said the first phase of National Health Insurance (NHI) will be introduced later this year, the 2016/2017 budget does not clearly show that the government has allocated money for this purpose.

A line item under the Ministry of Health’s budgetary head shows that the government has allocated $210m for NHI in the upcoming fiscal year.

It is unlikely that this figure, which also covers operations at the Public Hospitals Authority (PHA), could cover the initial cost of primary healthcare services.

The government estimates that primary healthcare services will initially cost about $100m, a figure verified by its consultants Sanigest Internacional and KPMG.

The introduction of primary healthcare was slated for April but Health Minister Perry Gomez later acknowledged that there would be a delay of about six months so the government could establish a public insurer.

Prime Minister Perry Christie said last year that $60m of what was allocated in the 2015/2016 fiscal year would be used to prepare the health sector for the introduction of NHI through infrastructural upgrades and improvement of services.

Also in the 2016/2017 budget, $2.5m is allocated under the Office of the Prime Minister for the NHI Secretariat.

Mr Christie was criticised for not divulging many details concerning NHI during his budget communication on Wednesday. Though he reiterated his commitment to implementing the scheme, he did not discuss costing or timelines.

"Lack of Clarity on Funding"!!! Who would have thought? Oh Yeah, it's the PLP!