Flowers: Too Many Numbers Houses 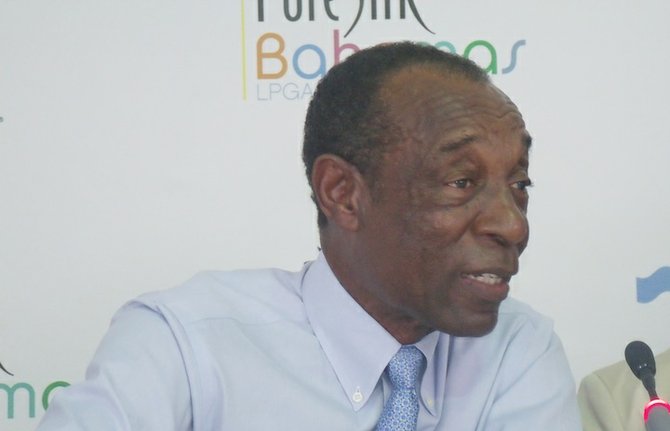 A YEAR after the Christie administration issued a provisional licence to eight web shop companies, one pioneer of the gaming industry said there is much to be concerned about, especially the “proliferation” of numbers houses.

This is a common complaint from some Bahamians who feel that too many gaming houses have emerged within the last year.

As the head of FML Group of Companies, Craig Flowers yesterday offered his perspective on the issue, questioning when the government will do more to regulate the problem. He added that the regulations the government has placed on the sector meant his company has barely got by.

His statements to The Tribune came a day after Tourism Minister Obie Wilchcombe confirmed that the Gaming Board is finally ready to issue official licences to the eligible web shops, although one company, Asue Draw & Spin, failed to renew its provisional licence and appears to have exited the industry amid rumours of unpaid taxes and fees.

With respect to Mr Flowers’ criticism, Mr Wilchcombe yesterday said steps would be taken to further clamp down on the proliferation of web shops.

For Mr Flowers, the government has not been as responsive on this issue as he expected or would like.

“There is still a lot of loose ends in the industry that I think the government needs to address,” he said, “particularly whether the government is going to find out whether there will be a moratorium on stores opening up in the country and how many are allowed on the island. Will it be an open door policy that you could put as many stores as you want as it has been in the past?

“There’s a proliferation of stores all over the country and there is no indication that the government will ever put a stop on it. Of course, the more stores we open, the more money we have to pay. The intent of web shops is to raise funds so perhaps that’s why we’ve heard nothing. There’s nothing in place to stop you from building more web shops.”

Mr Flowers said since provisional licences were awarded to eight companies last year, the number of web shops in the country has “quadrupled,” a statement that appears to contradict Tourism Minister Obie Wilchcombe’s statements on the matter.

Mr Flowers said he has avoided expanding his company to include additional houses out of fear that the new locations could violate impending zoning regulations and could therefore be shut down in the future.

This, however, has complicated the company’s business plan.

“We were taking the position that says we are waiting for government to determine how many stores one company can be allowed to operate,” he said.

Though synonymous with gaming in the Bahamas, Mr Flowers said it has been extremely challenging for his company to remain viable while adhering to the various regulations the government has imposed on the sector.

“From FML’s perspective it has been a tremendous challenge,” he said. “I wouldn’t be surprised that all the applicants do not meet the requirements. That will indicate the extent of the challenges that was imposed on the operators. We were challenged because we were caught in a position where we had to reproduce an entirely new platform. That created a setback and we barely got by. We wanted to roll out a platform that complied with all the requirements the government put in place. The cost has been astronomical.”

When contacted to respond to Mr Flowers’ concerns of web shop proliferation, Mr Wilchcombe said he shared them as well.

“I share the concern of Mr Flowers but I’m satisfied that we have made tremendous progress in reducing the number of houses from 600 to around 400,” Mr Wilchcombe said. “I expect that number to be further reduced as the Gaming Board introduces new measures related to zoning. Since the commencement of the regularisation effort, the staff of the Gaming Board’s Regulatory Compliance Department has performed hundreds of site inspections in an effort to determine the proximity of gaming houses to educational institutions, places of religious worship, residential areas, and other among houses.

“The zoning proposal advanced by the board envisions a transitional approach that takes into consideration the unique constraints associated with imposing a comprehensive zoning scheme upon many long standing game houses locations in an environment that has not been properly zoned.”

As reported by The Tribune yesterday, Mr Wilchcombe said the government will place a moratorium on web shops - presumably halting construction of new ones during this period - although he said details about this have to be determined.

Comrades! Craig Flowers as the head of FML Group of Companies is calling for the government to fix something that was launched under many well known established gaming imperfections.
Still the PLP Cabinet decided to forge ahead with the issuing of the 8 Provincial Licenses to the 8 selected numbers man's, knowing damn well that they were piggy-backing their numbers operations off of USA States Licensed Lotteries which fall under the strict control and close supervision of their respective state government lottery and law enforcement agencies.
Maybe I stand to be corrected that since the Provincial Licenses were issued the Number Houses stopped being just Numbers Houses with their piggy-backing off of USA State Lotteries?
I had sounded the alarm bell prior to the issuing of Provincial Gaming Licenses, that taxes and fees might go unpaid if government offered the licenses a delayed payment plan into the Peoples Public Treasury. What possible justification is there for the Peoples Public Treasury to not have collected all numbers taxes and fees on a weekly basis?
USA State lottery laws clearly state that it's an illegal act to conduct privately operated Wagering Houses via the piggy-backing off of state lotteries.

The man belongs in jail. Search the Panama Papers. The man pictured keeps his ill-gotten gains in a safe place outside the country (exporting money in violation of the currency laws).

I recall being in his presence when he walked in and his sweethearts rushed him. He poked currency notes into their bras, and announced to all and sundry that he had just donated $3000 to Obama's political campaign.

Comrade Banker, I have no personal knowledge of Craig Flowers and I will restrict myself from blogging on personalities and accusations of character deficiencies which are mere hearsay.
That said, there were many obvious and visible alarm bell warnings pointing to the imperfections within the operations of the local Numbers Houses of which Minister Obadiah selected to ignore leading-up to the granting of Provincial Licenses.
The most obvious was the "No Votes" against the PLP Cabinet ever issuing any types of licensing to the Numbers Man's and their illegal Numbers Houses. A serious breach of trust and abuse of power carried out by the PLP government, and levied against the People that should have and can still be challenged before the courts.

Comrade, you are correct!

The people said NO to the legalising of web shops. Perhaps the people knew better!

Based on the law.......... there should be NO numbers houses open as yet ...... none have a legally mandated license to date ......... just promissory notes until next election campaign donations have been collected for PLP candidates

This whole Web shop business is nothing but a scam. Having an account with one of these web shop the card that is used to collect your winnings go void every other month to cause you go into back into the Web force you to pay ten dollars even if you have the card kept safely away in your wallet or some where secure. This has happened to my card a few times. It has caused me to stop because the scammers are scamming. So beware public.

I Sold My "PLP Soul" To The Devil!
Comrade Maryann, having account cards with Gambling Houses is but one of the many imperfections of which Minister Obadiah and his Cabinet Colleagues have turned a blind eye to.
I don't know what the real Red Devil is paying these days for a "PLP soul," but someone should contact Hell to find out and blog back on the going price?

Crooked Christie, Bent Fat-Headed Obie, Craig Flowers, Sebas Bastian and others like them should all be inmates at Her Majesty's Fox Hill Prison.

Guys like Flowers exploit the poor and the dumb in society.

It is obvious that so much money needed for essentials is being squandered in these number houses. Surely as the Government totally disregarded the wishes of the public it would be wise to have a national lottery so that at least the "consolidated fund" would benefit .

The persons who use to sell Numbers on the streets blame Mr: Flowers for taking bread out of their mouths, Mr: Flowers I hope is not of the mind set. that he should be the only game in town. It certainly looks that way.

His business will be close soon hardly nobody goes into his Establishment anymore. Every dogg gat their day!!!

To OMG, There is no accounting or transparency in this "consolidated fund" it is a criminal use of the public's money and a slush fund for Christie, Davis, Roberts, et al. We all know that public money will be used in the PLP's campaign next election, and there will be some fancy and creative accounting to make the proof of it all disappear. The Plunder Loot and Pillage party's ethics run so low as to be deeply buried under ever increasing tons of lies and deception, and Flowers and other criminal elements get what they want because they pander to the low ethical bent of that party.

I for one will not be given these crooks my hard earn money anymore! Since the legalization of these web shops the odds of winning anything is like finding a needle in a hay stack! The systems are always moving slow, most of the staffs are horrible with customer services! If you do get lucky and win a few dollars its a hassle to retrieve your funds! The web shops are a hidden TAX that only benefits the number bosses and this corrupt government!!

Guess how much Obie Wilchcombe worth now. Place your bets on it.

The other story mentioned that Ashe draw had "tax" issues, I wondered who was "taxing" them