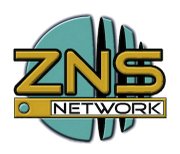 TWO promotions were made at ZNS in Freeport recently by the executive management team of the Broadcasting Corporation of the Bahamas.

Darren Meadows, former director of television, is now the acting deputy general manager at the station in Grand Bahama, and deputy director of news Ricardo Lightbourne, is the director of ZNS Northern Service.

The announcement was made to staff at ZNS this week. In attendance was BCB Acting General Manager Kaylesa Deveaux-Isaacs, along with Parliamentary Secretary for Information and Communications Pakesia Parker-Edgecombe, who spoke briefly to staff about the importance of mutual respect among management and employees.

“We should be the pacesetters in the industry; we should be the ones introducing all that is needed in communications and media. We want you to be a part of this, we don’t want to isolate anyone, but at the end of the day, there are requirements for your job that you will have to fulfil. There has to be mutual respect both from management and employees that will be the order of the day.

“We need to move forward in unison and ensure that at the end of the day the best product is given to the public,” Mrs Parker-Edgecombe said.