Psychiatric Evaluation Of Man Accused Of Killing Mother Not Carried Out 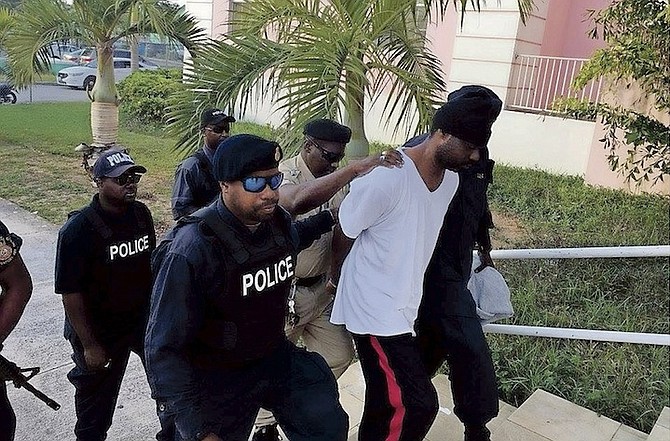 AN ORDERED psychiatric evaluation of a man awaiting trial in connection with the fatal stabbing of his mother was not carried out, a magistrate learned yesterday.

Tamaal Adderley, 35, and his lawyer Tonique Lewis appeared before Chief Magistrate Joyann Ferguson-Pratt for a status hearing on the request made by Ms Lewis at his initial arraignment three weeks ago concerning the death of 61-year-old veteran educator Lauramae Adderley.

Adderley’s murder charge falls under Section 291 (1)(B) of the Penal Code, meaning the accused will not face the discretionary death penalty if there is a conviction at the end of the Supreme Court trial.

It is alleged that he killed the teacher on Monday, December 12.

According to initial reports from police, the victim was found dead in her home with apparent stab wounds. After the discovery, police said a male relative was helping in their investigation.

The accused appeared dejected and withdrawn when addressed by the arraigning magistrate on December 20, 2016 and Ms Lewis made a request of the court for her client not to be remanded at the Department of Correctional Services but instead to Sandilands Rehabilitation Centre (SRC) for him to be evaluated based on instructions she had received from the family.

While there was no objection from the prosecution to the request, there was concern that the SRC did not have the facilities for an individual charged with that kind of offence.

The chief magistrate agreed with the prosecution but made a note that the accused was to have a psychiatric evaluation.

She fixed January 4 for a status hearing in that regard.

However, at yesterday’s hearing, Ms Lewis said her client had not been evaluated.

“I spoke with Mr Adderley and he’s indicated that he’s not been evaluated,” the lawyer said.

The chief magistrate said she had sent a communication to the officials in charge of the correctional facility on December 21, 2016, adding: “But what I will do is follow up on that request and perhaps we will need a two-week adjournment.”

As Adderley is already scheduled to return to Magistrate’s Court on January 17 for the case to be transferred to the Supreme Court by the presentation of a voluntary bill of indictment, the chief magistrate said: “Let’s be hopeful we’ll have the evaluation done by then.”

When asked later by the magistrate how he was doing, Adderley said he was “okay.”