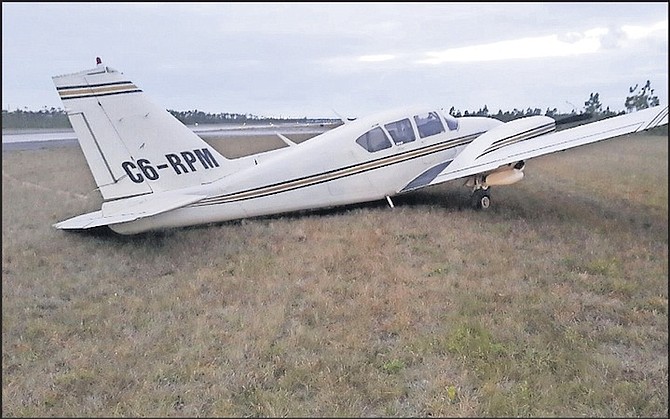 AVIATION officials yesterday said they were investigating the circumstances that led to a twin-engine Piper Aztec aircraft skidding off the tarmac shortly after landing at the Lynden Pindling International Airport on Saturday.

According to preliminary reports provided by authorities, information was received on Sunday, which indicated that an aircraft, shortly after touchdown at LPIA, veered off the runway into a grassy area near the tarmac.

Officials said they were now investigating the matter to determine where the plane was travelling from and what led to the incident.

Aviation representatives said they intend to request the aircraft’s log and speak with the pilot in the coming days to ascertain all the circumstances surrounding the matter.

The Tribune understands that the plane, C6-RPM, had six persons, including the pilot, onboard on Saturday.

There were no reports of injury to anyone onboard the flight.