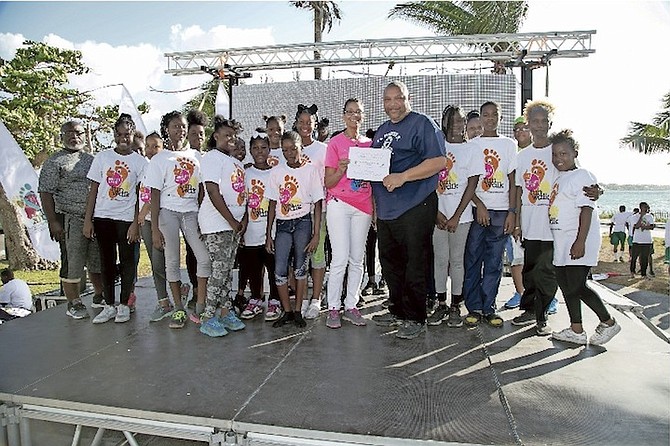 Over the past several years, Atlantic Medical Insurance has hosted one of the most popular fun run/walks in the country. The main objective of the event is to achieve “top of mind” awareness of the importance of healthy lifestyles, the company said.

Atlantic Medical Insurance has contributed significantly to two charities: the Bahamas Cancer Society and the Bahamas Diabetic Association. Approximately $400,000 has been donated over the past 18 years to these charities – all proceeds from the fun run/walk.

Michael Symonette, former CEO of BTC, stood out by placing first in his age group, over 65, and by ranking fifth overall.

Mr Symonette and his family have participated in the Atlantic Medical Fun Run/Walk for the past several years.

Enthusiastic students rocked Montagu Beach in the promotion of healthy lifestyles, positioning themselves to win great prizes. At the end of the morning, judges Monique Toppin, a professor at the University of the Bahamas; Antonio Knowles, a CPA, and TR Sands, an IT professional, chose the school that executed the best healthy lifestyle chant.