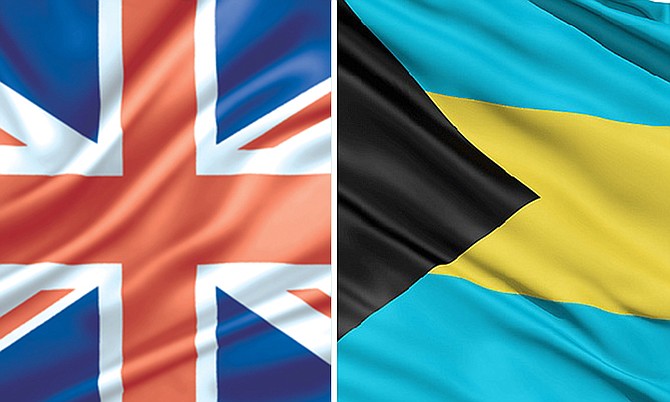 THE United Kingdom will reopen a diplomatic post in the Bahamas, British Foreign Secretary Boris Johnson has announced.

A diplomatic post also will be established in Lesotho, Swaziland, Antigua and Barbuda, Grenade, St Vincent and the Grenadines, Samoa, Tonga and Vanuatu.

In announcing the move, Mr Johnson said: “As a Commonwealth family of nations, it is in our shared interest to boost prosperity, tackle security issues and clear up the environment. These new diplomatic posts are in regions which provide huge potential and opportunity post-Brexit for British businesses and will help us to deepen our relationships across the Commonwealth. After we leave the EU, Global Britain will remain outward facing, open for business and a champion of the rules-based international order.”

It’s not clear when the Nassau post will be established.

Currently, the British High Commission in Kingston, Jamaica maintains and develops relations between the UK and Jamaica and the Bahamas.

Mr Peter Young, the last British High Commissioner to the Bahamas, served from 1996 to 1999 when the high commission was transferred to Jamaica. However, he remained in The Bahamas as British Honorary Consul until his retirement in February 2013. He and his wife Verona have made Nassau their home.

"These new diplomatic posts are in regions which provide huge potential and opportunity post-Brexit for British businesses.."

There, ignored for decades, now they tell you exactly what they're doing, they're looking after their interest. Just like China and the newly erected barriers around the pointe, just like shady Oban

Of course they are looking out for their own interests, whose interests do you look out for? Did you give your breakfast to a hungry child or eat it yourself this morning? Why would a country 3,500 miles away be looking out for our interests? Because they are "nice" people perhaps?

Please check my past comments, because I've said over and over again, every country looks after their own interests and the interests of their* citizens And the Bahamian government needs to understand this and start exercising this themselves. I don't blame Britain if they get theirs, if "theirs" is ethical and above board, but before we let them in, we should know what our interests are and make sure we negotiate to get them too. They WANT to be HERE. yes we're a small by the way location but this location has ginormous value. A few maid and front desk jobs simply doesn't cut it as "win win".

The key point is as long as the business is here and doing well, the Bahamas should benefit proportionally.

What ginomous value do we have to Great Britain .Remember they still have a number of Island nations w offshore financial centers that are run a lot more effectively than us .In reality we have been unable to keep the power on and bc of our inability to adapt to the new metrics in financial services we are dropping father behind in wealth management

And that's the attitude that gets us nothing in the negotiations, believing we have nothing to offer. Our location is the greatest thing we have to offer. Our climate. Our people. The beauty of our islands. Our proximity to the US. Who said anything about wealth management? And an "untapped market". Ask Cable Bahamas.

I did not say we have nothing to offer ,,I said what ginomous value ,,they have TC ,Cayman ,,Barbados,BVi ,Channel Islands

EXACTLY. That's my point. They see value where you don't, that's why they want to come here. They see a virgin market they can make millions off of AND live in paradise while they do it.

like I said they are private business ,,I will see a lot more value here if the Shell NA deal goes through and we can keep the lights on at a reasonable rate

I believe I saw an article that said the LNG plant would not lead to lower rates in the short term. And Yes they're private businesses, but they're foreign businesses that are benefitting from being in our space, there should be a cost attached to that. For small to medium businesses you get that in business licenses fees, but for gigantic corporations like oil, logistics, container ports etc, you should get a royalty 1-5%. When they're doing well you do well too. Win win. We haven't been negotiating win win deals. These people WANT to be here. For the moment..

Once again begging. We wanted independance and we got it and now you basically want the UK to do what we should be able to do ourselves.

Please show me the hospitals and prisons The Bahamas has built in the US, UK, Haiti and other nations where we have embassies etc?

Hopefully this will bring more balance between our neighbors to the North and also the Chinese. The Bahamas and The Caribbean are hotspots for economic development but there’s too much social decay, drug and gun culture and violence that is NOT Bahamian and not Caribbean.

Technically, that culture is created by Bahamians since the days of Norman's Cay. Bahamians today can only be successful from drugs and gun killing, and we're the originators of that same decay and disease.

Here is my point, and it's amazing when you think about it, when these announcements are made, we say "yay!" As if we're excited just because they (whomever "they" is, country or business) is blessing us with their presence. But we fail to put into the equation the long term needs of our country and what would be an "equitable" return for "us". We therefore end up with a one time gift when they land, they rake in the profits and when it's no longer profitable they leave.

Doesn't this remind you of Columbus?

Columbus profited very little and died broke .Who came after him profited more Ponce De leon ,etc .Not from The Bahamas but from Island and countries south of us w volcanic soil to grow crops and gold and diamonds etc..We are coral rocks that sell financial services and sun sand and sea vacations

And you've bought the line you've been sold, we can "only" do X, we are more than financial services.

once again we sell sand sun and sea vacations , second homes to rich people from other countries ,,residency for tax benefits and financial services . in a beautiful local .We do not have the soil for large scale farming , no great abundance of natural resources ,,ie gold ,silver ,metals or oil . As a manufacturing hub our cost are too high b/c of our high energy cost and low skill work force .I love my country too ,but I don,t let my national pride get in the way of facts .

You can bet the U.S. is not at all happy about this development given the very significant radical muslim population that the U.K. now has and cannot control. As if having Red China make in roads on their door step just off the coast of Florida was not enough. For Bahamians, weekend shopping in Red China or the U.K. as opposed to Florida is just not going to be the same, and certainly will be a lot more costly. It would take only one terrorist event via the Bahamas to make it next to impossible for Bahamians to get a U.S. travel visa.

I don't think the US cares. We don't mind Muslim citizens, we are against terrorists. Muslims aren't terrorists, some terrorists are Muslims. Some terrorists are Radical Americans. Our military seeks out terrorists. If the Bahamas had a terrorists event toward the US there would certainly be a increase in security measures and it would destroy the tourism, but if you have a passport and pass security measures it would be business as usual. I sometimes think that some Bahamian's think the US has a negative view of the Bahamas. I don't think so. I have been here my whole life and I have never heard our government speak negatively toward the Islands.

Your views of the US are probably the American snobs that visit the Islands and act like their better than everyone else. I don't care for these people either. You know what were not all like that.

Ok so I’ve switched my phone assistant to have a British accent and also switching from Advil to Phensic and from Alka Seltzer to Enos Fruit Salts, But this bloody Ovaltine really makes you sweat like a horse. Think I’ll just have a Guinness ole chap.

Guiness? it is brewed in the British Isles maybe but certainly not in The united Kingdom, old Sport.

O and don’t forget the kidney pie, shan’t we?

And then there is the Empire Day flowers. But you don’t know what they are

It is so good to see that we will be reconnected with a mature country with a wider base of personal and commercial contact. This, as well as appreciating our close knit past is opening up a door to a much more secure future. I welcome this more than most can know - because this is what we need and this is where we find continuity.

ThisisOurs.........and the reason you believe Great Britain should do all the things you listed for the Bahamas is what??? That’s part of the problem with this country.......people like you that believe other countries should help us. Good luck!!!

Will they bring the English teachers back? But O too many of the female ones went back pregnant. And some of the men lleft chirren sherry to the Pickering and Dysons more.

Comrade, you are surprisingly quiet!!

Britain knows that oil is in the Bahamas, thats why they are reopening their mission in the Bahamas. Britain may not need us as a country, but she has some citizens who control Bahamas Petroleum company and they hoping to strike oil in the Bahamas so that the continued plundering of our resources can continue, even after 44 years of independence from England. Wake up Bahamians the share holders of BPC will be laughing all the way to the Bank soon, while we worry about the Queen and Prince Charles (see Link) https://www.bpcplc.com/investors/majo...">https://www.bpcplc.com/investors/majo...

Finally someone who "knows something" of global and economic strategic thinking and planning!! Local Bahamians on this site will be well served by following some of the "foreign elements" on his site. . . typically they don't be talking all the political "clap-trap" yinna Bahamian political persons tend to carry on with!!

One does not become a global player accidentally. These countries think strategically ahead for decades. Bahamians can't think beyond the next paycheck and in the case of politicians-- the next election. This means we will always be behind the curve of progress. We will always be used and abused as a nation. We are simply a rung on the ladder other countries climb to become more successful!

Well said. This will continue to be our plight as long as we continue to practice our banana republic form of politics!!! One Irish man working here in the Bahamas said that we are "gimme gimme". . .that make us easy to exploit. . .we always running on and know so very little about what is going on in anything. . .in other words. . .WE ARE AN IGNORANT NATION. . .