Insight: Nothing’S Changed - Second Class Citizens In Our Own Country

SHOULD we really be surprised by how quickly the government acquiesced to the threats made by the Lyford Cay Association? A letter obtained by local media last weekend that was penned by the association’s chairman, Henry Cabot Lodge III, expressly indicated that homeowners in the exclusive community would sell and leave The Bahamas. These threats were made as a result of what Deputy Prime Minister and Minister of Finance Peter Turnquest called an “unintended impact” of changing the property tax laws. 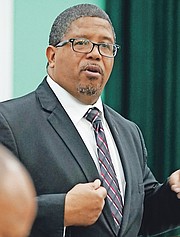 Indubitably, the haste with which the government – notably Mr Turnquest – backpedaled under the Lyford Cay threats has disturbed many people. The government’s response to the “crack of the whip” has reinvigorated the lingering “white is right” sentiment in The Bahamas.

As Bahamians are still grappling with the increased tax burden, the manner in which the government has bent to the will of a community made up of many wealthy foreigners has left a bitter taste.

While for the purpose of this discussion, we want to focus on the effect this has on working class Bahamians, it must not be ignored that even a wealthy black Bahamian is still not regarded as highly as a wealthy white foreigner in his own country – a 95 percent black country at that.

Case in point, Bahamian businessman Sebas Bastian, though rising to prominence through his ventures in the local gaming industry, does not garner that same level of clout. This much has been seen with the increased taxation on the domestic gaming house operators despite their strong disagreement to the government’s policy shift.

Here, you have a few Bahamian businessmen that have warned the government that hundreds, possibly thousands of Bahamians, may be out of a job due to the increased taxes on the industry, and the government remains steadfast. The five percent patron tax set to take effect this week is the proof of that.

If a man with the resources that Bastian has can voice his concerns about feeling like a second-class citizen in his own country, then what about Joe Plumber? What do average Bahamian citizens feel like – the ones that voted this government in and hoisted them on to their high horses?

It is a complete and utter slap in the face.

Whether the impact on Lyford Cay residents was intended or unintended, one thing is for certain: the implication by the government to (as it claimed) “save The Bahamas even if it meant they lost an election” was clear.

They will run the country as they see fit, despite our feeling like second-class citizens in our own country. They will make decisions arbitrarily and we will have to suffer the consequences. They will continue to make us promises with no intention of keeping them but will bend over backwards to the will of foreign interests.

It is truly upsetting to be a Bahamian living in this perpetual state.

So, if this has been the case for as long as we can remember, should we really be surprised?

Despite the government’s catchy slogan, “It’s the people’s time”, there is no group of Bahamian people, save party-blinded FNM supporters, that agree that it’s their time to do anything outside of suffer under another disappointing regime.

Granted, it’s still fairly early. However, looking at all of the either parked or strategically unclear projects, minimal gains in overall employment, increased taxes and the like, there is a hardly a Bahamian looking at our prospects for the next few years under the Minnis administration positively.

Many of us have just been doing what our leaders have trained us to do in recent years – surviving. Perhaps it is why we can all pick up the paper and read a headline from a foreigner making threats to the government, only to read another from the government dancing to their beat and not riot in the streets.

We’ve become so used to poor conditions and treatment from our government that the standards we have in place for our leaders and ourselves are so low.

Where else would a former Deputy Prime Minister in a corrupt party be elevated to leadership of same immediately after being kicked out of office? Surely, this may not only take place in The Bahamas. Nonetheless, this is very telling of how much stock these politicians place in the feelings of the Bahamian people.

We’re obviously not taken seriously as a voting body. It is evident, as both major political parties that have formed the government in the past decade have campaigned on promises that we’ve rarely seen come to fruition. In the most likely case, the Progressive Liberal Party, for all the anguish the Bahamian people experienced under their destructive leadership, will be considered in 2022 if the FNM does not perform.

Certainly, they are betting the government won’t be able to capture the hearts of the people, leaving them a window of opportunity in the next four years.

In reality, as depressing as that may be, the numbers don’t lie. We’ve not had a two-term government since the 90s. And when you’ve had a government as historically bad as the Christie administration was in its last term in office, the current government may feel confident in their chances to break the trend.

While as a people we’ve slowly begun to evolve as voters, we have much more to do as active members of society. Our voices don’t only matter at election time. Keeping a government accountable is a 365-day job that we must be prepared to do.

Until then, there should be no surprises when the government doesn’t listen to our pleas for equality, engagement and equity in the running of our country. The clear difference between how the government reacted to the Lyford Cay Association and the rest of us is that they have real fears that they mean business and we don’t. They realise fully the power of having that level of access and what it brings. Therefore, as long as we are limited as it relates to having options, as well as limiting ourselves, we will continue to be treated as second-class citizens in our own country.

Malcolm Strachan is a well known racist and The Tribune has okayed his spouting of racism to help its print circulation and online viewership. LOL

Cannot find much, if anything, to argue with in this writer's insight. It does seem a tad racist.

Corruption stories with no evidence , Charges that are not going well . Strachan bought into the FNM lies of corruption. What does Strachan call the OBAN deal and the FAKE signing and how VAT was wrong and Increased VAT at their first opportunity. BAH MAR was Wrong then grin like a fool while cutting the ribbon.

You see Malcom lies will always come back to slap the face.

racist or not I feel like Bahamians are lesser citizens in their own country.