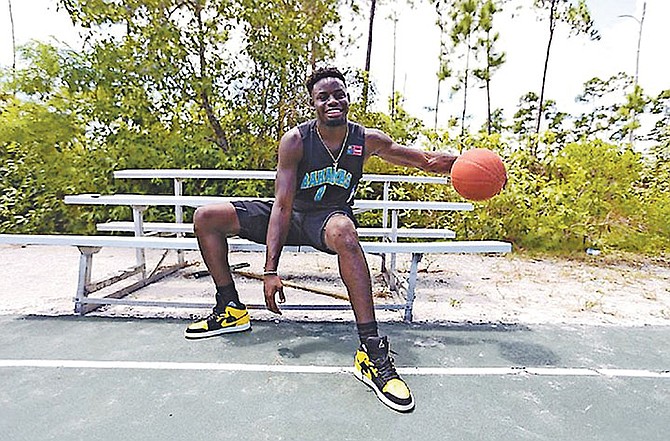 BASKETBALL prep star D’Andre Vilmar is on the move again during his final season before he enters the collegiate ranks.

Vilmar transferred to Olympus Prep Academy in December to complete the athletic and academic year. The Williamstown, New Jersey institution is aimed at preparing prospects for the collegiate level in their final season of eligibility.

“Olympus Basketball Inc. is committed to assisting student athletes on and off the basketball court. Basketball players from across the country are provided an opportunity to improve their basketball skills sets,” its website states.

“Olympus Basketball Incorporated offers skills and performance training to basketball players at every level. Our training programmes are led by highly skilled trainers and coaches who were all former collegiate or professional players and are committed to athletic excellence.”

The programme plays a difficult schedule with over 40 games geared at providing exposure in front of college scouts and coaches over the course of the season.

After an injury shortened his senior season at the high school level, Vilmar took the prep school route in an effort to strengthen his recruitment for the class of 2018 when he joined the Redemption Christian Academy Lions prep school in Northfield, Massachusetts.

The 6’4” guard and Abaco native spent his high school senior season at the Paul VI programme in New Jersey following a transfer from Roman Catholic High in Philadelphia, Pennsylvania. By the end of his junior season, Vilmar was making his way toward the ESPN 60 rankings. Roman had won their second state title and he was listed as a four-star recruit, ranked fourth in the state and 27th nationally at his position. That momentum stalled after just a few games into the pre-season as a senior. Paul VI’s star recruit would be lost due to a season-ending knee injury on a seemingly routine play against Timber Creek. After spending the offseason rehabilitating, he decided to take the prep school route.