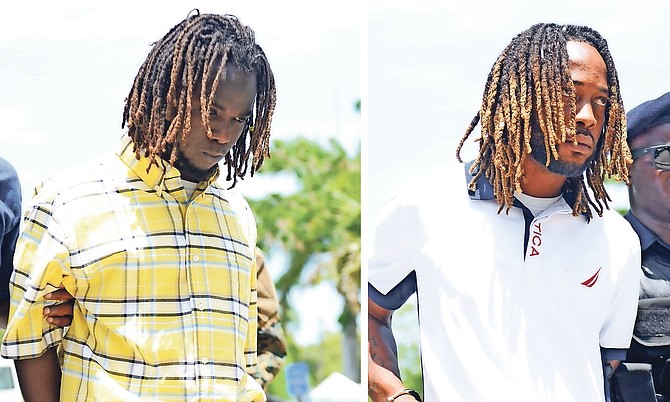 TWO Harbour Island natives were arraigned in a Magistrate’s Court yesterday over allegations they raped a 17-year-old female tourist and had unlawful sexual intercourse with a 15-year-old tourist late last month.

It is alleged that sometime between June 27 and 28, they both raped the 17-year-old and also had unlawful sexual intercourse with a girl two years her junior.

According to initial reports from police, sometime around midnight and 2am on the date in question, the girls were on a beach when they were allegedly indecently assaulted by the two Bahamian men.

The men, residents of the island, were later taken into custody.

Neither man was required to enter a plea to the charges and the matter was adjourned to September 12 for service of a voluntary bill of indictment (VBI).

Bail was denied and they were remanded to the Bahamas Department of Correctional Services (BDCS) in the interim. However, they have the right to apply to the Supreme Court for bail.

Meanwhile, 20-year-old Ahkeil Tynes, of Pineyard Road, was arraigned before the deputy chief magistrate charged with having unlawful sexual intercourse with a 13-year-old girl sometime during February 2016.

Tynes was not required to enter a plea to the charges and the case was adjourned to September 12 for service of a VBI. Bail was denied and he too was remanded in the interim.

He has the right to apply to the Supreme Court for bail.