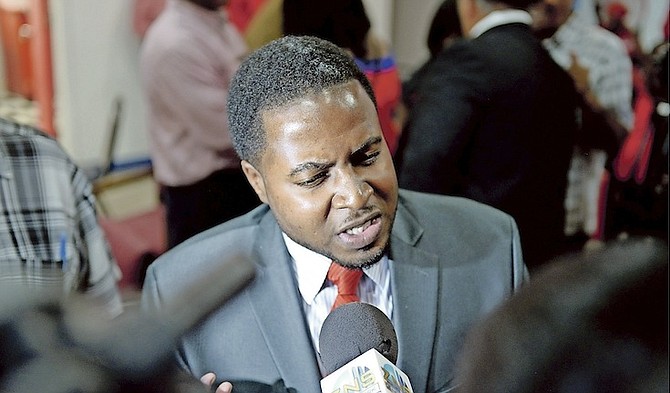 THE Water and Sewerage Corporation is in the process of procuring a solarised reverse osmosis plant for Ragged Island, WSC Chairman Adrian Gibson told The Tribune yesterday.

The corporation hopes to obtain and possibly install the plant within the next month.

In a statement released on Wednesday, WSC described it as a “fully self-contained, solarised RO Plant that we are entering talks to purchase, own and operate (in-house) for locations such as Ragged Island.”

Mr Gibson told The Tribune that WSC is “moving expeditiously” to purchase the plant.

“I expect that we will procure (and possibly install) the plant within the next 15 to 30 days,” he added.

The corporation also has a “newly minted” reverse osmosis unit that “will have carriage of administering contracts and operating certain plants going forward,” Wednesday’s statement said.

“The reverse osmosis unit is a new department/unit within WSC. That unit will be a roving unit as well, one that can and will be deployed both here in Nassau and ready to go to any Family Island where we have RO installations,” Mr Gibson said.

“It’s one of two newly formed rapid response units. The other is a NRW (non-revenue water) unit that we are currently formulating.

“We have also developed an accounts receivables strategy wherein the outstanding $45 million in receivables will be pursued by an active roving team, supplemented by disconnection exercises,” he added.

Mr Gibson also provided ten major functions of the RO Unit. He said it will “ensure proper contract administration and the submission of weekly, monthly and annual operations reports” and “take over many of the existing plants once those agreements expire.”

The unit will also “manage and respond” to all RO needs throughout the country, “mitigate against breaches of contract by any current operator,” and “ensure quality control, maintenance and compliance,” among other things.

Furthermore, the unit will “assist the newly formed legal services department with eliminating inconsistencies and inadequacies in the agreements of current water supplier’s contracts.”

The unit’s other duties will be “to enforce and apply penalties to all existing RO operators once violations have been identified, investigated and proven” and “ensure that WSC, in its business dealings with RO operators, will find itself in a win-win position.”

To the last point, Mr Gibson said: “Currently, that is not the case. Unfortunately, WSC carried most of the operational expenses, provides the land, drills the wells, pays the electricity, even provides the maintenance support.... there will be greater parity, a staunch private sector business culture will be enforced at WSC.”

In Wednesday’s statement, WSC also clarified its “record on efforts” in Ragged Island, addressing various reports on access to water on the island and the plants presently installed.

“The corporation is currently in the process of procuring a long-term solution for Ragged Island,” the statement read.

“This effort is being coordinated with the Ministry of Works, NEMA (National Emergency Management Agency), BPL (Bahamas Power and Light), and the central government, with a view to implementing a sustainable, long-term solution, inclusive of the consideration a more environmentally friendly site.

“In the interim two systems are now operable and water is being provided for critical needs.”

According to the statement, an emergency reverse osmosis unit was provided by Watermakers (WM)/Staniel Cay Yacht Club (SCYC), to “provide water for critical needs.” The temporary plant only produced 700 gallons of water per day (as opposed to 3,000 gallons), due to the reduced island population in the aftermath of the island being declared uninhabitable by NEMA.

On January 2, the corporation invited the public for a new reverse osmosis desalination plant.

“All bidders were especially invited to provide sustainable green alternatives, as per the Governments mandate.”

Of the 11 companies that expressed interest, two submitted bids— The Restoration Ragged Island Association and Watermakers/SCYC. According to the corporation, the latter was the “more responsive,” though neither “provided sustainable or green options.”

In the interim, the Restoration Ragged Island Association lobbied for permission to temporarily install a plant.

This plant was installed at the end of May, The Tribune reported last month.

The corporation also expressed concern that an employee of SCYC was “in the media agitating for increased water supply, when it is known that only basic water supplies are being provided, at this time.”

“In other newspaper articles, WSC observed commentary by another entity, which asserted that the corporation took two months to approve the RO plant; when in fact, the original proposal lacked the required specifications, and could not be proven to meet the basic standards for water, to be consumed, by the public,” the statement continued.

“WSC takes seriously its responsibility to provide safe water supplies, as limited quality water, will always be a better option than an abundance of water of an unacceptable quality.”