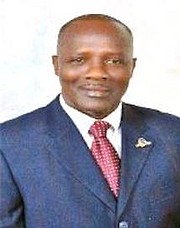 A SHOWDOWN is brewing at the Bahamas Public Services Union that has put the job of President Kimsley Ferguson under threat.

A third of Bahamas Public Services Union’s (BPSU) executive team want no confidence declared in Mr Ferguson and five other executives, seeking their ouster from their roles in what would be an unprecedented move for the union.

Underlying the controversy is a dispute over whether Mr Ferguson and Secretary General Cindira Bain gave salaries to themselves without board approval and in contravention of the union’s constitution. It is a claim the pair denied during a press conference yesterday.

When BPSU elections were held last year, the current ten elected board members ran united as a team – called the Workers' Team – promising to manage the union with integrity and loyalty as they campaigned against the legacy of former President John Pinder, who did not run.

The union, they said, is financially weak and cannot sustain exorbitant executive salaries.

Some union members gathered outside the BPSU office on Wulff Road, lamenting their inability to secure small loans despite having paid $25 monthly union dues for years.

For his part, Mr Ferugson said the board will leave the union in a better position than it found it last year.

Article 24 of the union’s constitution highlights how executives can be removed from office.

Once application to remove an executive is given, a special general meeting must be held within 14 days where a vote will be taken on the resolution, it says.

The executive board or at least 30 members in good financial standing could apply for a special general meeting to be held in such circumstances, with the constitution describing the event as mandatory under the circumstances.