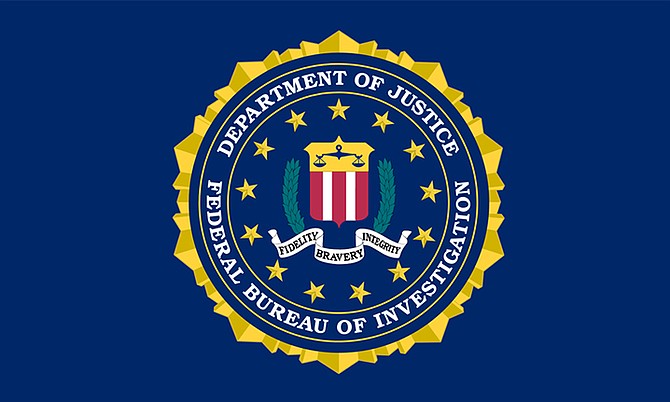 IMMIGRATION Director Clarence Russell and his predecessor, William Pratt, responded yesterday to references made to them in an affidavit that is part of the Federal Bureau of Investigation’s probe of a local US visa scam.

The affidavit of special agent Kevin Grounaud details conversations the scam’s alleged lead conspirator, Edward Israel Saintil, had with undercover FBI informants. Saintil is alleged to have boasted of having relationships with top immigration officials.

He also alleged that immigration staff did not process work permits unless they are paid to do so.

“Saintil claimed that he used to work with Russell in the ‘Passport Office’.”

These were the only direct references to Mr Russell and Mr Pratt in the affidavit, although there are references by name to another high-ranking immigration official.

Yesterday, the immigration chief emphasised that the reference to him contained no allegation of wrongdoing on his part.

“I read the affidavit and it very clearly makes a statement with reference to my name but nowhere does it imply any culpability on behalf of myself,” he said.

Mr Russell, who reacted angrily to The Tribune’s questions, said he has access to several personal lawyers in addition to “sixty lawyers at the Office of the Attorney General”.

Mr Russell said: “I am not reactive. I have nothing to be concerned about but rest assured some other people may.”

Mr Pratt, meanwhile, said he may have a comprehensive response to the matter at a later date, adding that he remains largely in the dark about what is going on.

“That’s an affidavit,” he said. “(Saintil) said what he wanted to say so that’s what he said.

“The only thing I can say at this time is I don’t recall ever meeting that man. I don’t know what he looks like. If they take an affidavit from someone and someone vaguely mentions your name – I personally have not, I cannot ever recall meeting him so that’s all I got to say at this time.”

For years, the US has warned about bribery and corruption at the Department of Immigration.

“…Alleged ongoing within the Immigration Department remained a concern,” the report said.

Last week, Mr Russell told ZNS News that several initiatives have been put in place, since he assumed his new post, to deter corruption. This includes technological advances, such as going paperless, as well as the creation of an anti-corruption unit, he said.

Now Ma Comrades PeoplePublic, you has be asks - Should presumption of innocence work differently for government appoints...... But also is it fair for PM looks ways keep them in their jobs or does transparency calls quickly asks those cloud hanging overhead to voluntarily steps asides?

He is basically saying , w the term businessman , who is corrupt

Did anyone really expect the Immigration Chiefs NOT TO Deny Wrongdoing In Visa Probe?

Work permits, visa's, permanent residencies' and citizenships are an annual multi-million dollar business that has to involve and be sanctioned by top-level officials and most powerful politicians to function unabated for decades!

All those involved should be charged with treason and given life sentences.