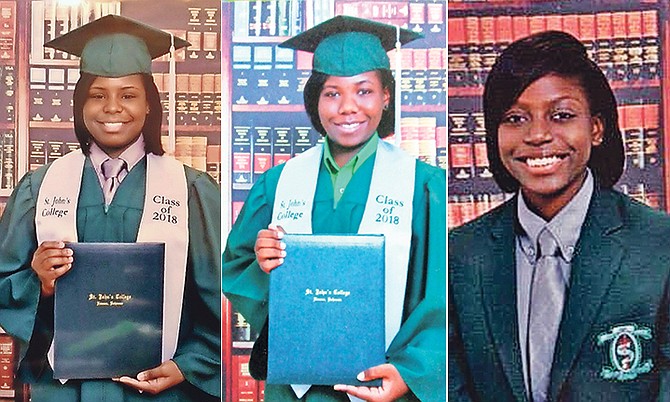 Dwayna served as prefect at St John's College. She graduated fifth in her year of 102 students and was once again named to the Emerald Club. She successfully passed nine subjects in the 2018 BGCSE examinations with one A and eight Bs. Dwayna was the recipient of numerous awards and prizes at St John's College's 2018 graduation ceremony including subject prizes in Spanish, biology, chemistry and physics. She was also the recipient the Proficiency Prize and the Conroy Williams Prize for Overall Excellence in Science.

Danitra also served as a prefect at St John's College. She graduated tenth in her year and was successful in nine subjects in the BGCSE examinations with two As, two Bs and five Cs. She was very involved in extra-curricular activities at St John's College and is currently enrolled at University of the Ozarks where she is pursuing a degree in biology.