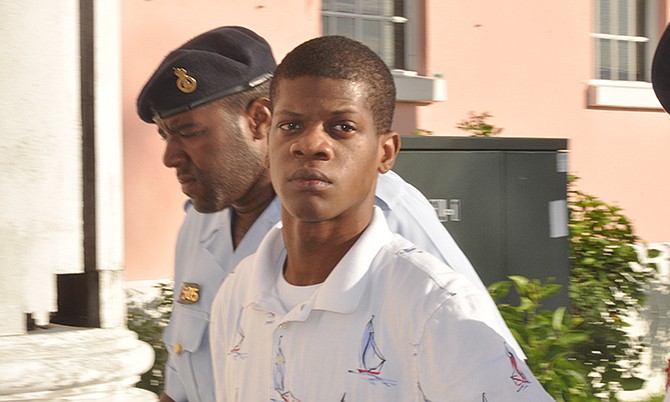 FORENSIC Pathologist Dr Mandy Pedican told the Supreme Court on Friday that Noel Hamilton and Jacklyn Armbrister died almost immediately of multiple injuries and blood loss after they were shot in the head.

Dr Pedican - who was considered by the court an expert in her field - provided details of the extensive traumatic injuries sustained by both Hamilton, 57, and Armbrister, 55, who were both shot during an armed robbery in March 2016.

Renaldo Hudson, 20, is charged with two counts of murder, one count each of attempted murder and armed robbery.

It is alleged that on March 21, 2016, at Freeport, the accused while armed with a firearm went to a wooden shack off Hearn Lane and Bruce and Avenue West, where he shot the couple to death after robbing Armbrister of cash. Agatha Gaitor was also shot, but survived her injuries.

According to Dr Pedican, the deceased Hamilton was brought in dead at the Rand Memorial Hospital on March 21, 2016, and that an official identification of the deceased was made by his daughter on March 22 around noon at the hospital’s morgue.

Dr Pedican performed an autopsy on March 23, at 11am. According to Dr Pedican, Hamilton sustained two bullet entry wounds, and two exit wounds, and an abrasion to the right forehead.

The pathologist said Hamilton was shot in the left side of the head. The bullet fractured his left temple bone as it entered the skull and exited just under the right eye. There was also some bruising and laceration to the frontal, temporal lobe of the brain.

The pathologist said the cause of death was multiple gunshot wounds that resulted in traumatic injuries and blood loss. She said no projectiles were recovered from the body.

Prosecutor Erica Kemp asked Dr Pedican how long a person could survive after sustaining those injuries. “Seconds to minutes,” she replied.

Ms Kemp said the deceased’s hands were bagged when the body was brought to the morgue. Dr Pedican explained that bagging is done by Scenes of Crime officers to protect any potential evidence until the body comes to the morgue.

At about 1.30pm on March 23, Dr Pedican performed an autopsy on Jacklyn Armbrister, who was officially identified by her daughter around 10.45 that morning.

She said that Armbrister was shot in the back of the head. The bullet exited the right temple, fracturing the skull. There was also a wound to the cheek and jaw area. Dr Pedican also recovered a bullet fragment from the body.

Armbrister died as a result of a gunshot wound to the head which caused multiple injuries and blood loss. The pathologist stated that Armbrister would have only survived seconds to a few minutes.

During cross-examination, Mr Gray asked Dr Pedican whether she had found any material or evidence after the bags were removed from the deceased’s hands.

“Blood stains were on both hands, but we did not swab them,” she replied.

Also testifying was Dr Ryan Perez, an Emergency Medical specialist attached to the Accident and Emergency Department at the Rand Memorial Hospital for the past nine years.

Dr Perez was on duty at the RMH on March 21 around 11.52am when he saw patient Agatha Gaitor.

He said that the patient had sustained three gunshot wounds: two the facial area, one near the left eye and another to the right cheek; and one to the right arm.

Dr Perez said she was still conscious when she arrived at the hospital. However, he said, due to massive bleeding at the nose and mouth her airway was being disrupted, so he intubated the patient.

Justice Estelle Gray-Evans is presiding over the case. The trial will resume on Monday.