'It's time to call for anti-corruption laws' 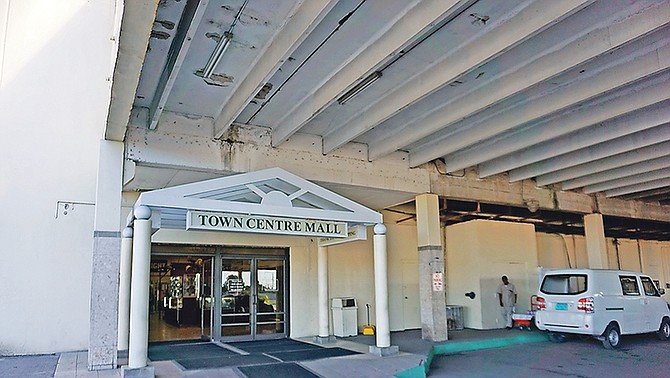 THE Organisation for Responsible Governance has urged Bahamians to agitate for planned anti-corruption laws, reiterating concerns over the government’s handling of the relocation of the General Post Office to the Town Centre Mall.

The group said while the Minnis administration may be satisfied that it met all mandated protocols for a contract to be awarded to a sitting member of parliament, the Bahamian electorate feel the situation was handled poorly.

The organisation insisted the Minnis administration ironically failed to show the standards of integrity and transparency it promised on the campaign trail, in a letter submitted to The Tribune.

Organisation for Responsible Government (ORG) stated the decision to relocate to the Town Centre Mall – if placed under critical review – would raise questions over whether proper procedure for handling conflicts of this nature were fundamentally understood and followed.

The group acknowledged the decision to move the post office to the Town Centre Mall met all constitutional and regulatory protocols; however, it noted: “some would argue that it was haphazardly done and poorly communicated, but nonetheless, it was met.”

“… The current Bahamian guidelines are in fact quite sparse when benchmarked against international standards for identifying, managing, and mitigating conflicts of interest.

“These bodies also advocate much stronger mandates for the separation of interests, with heavy emphasis on preventative measures and personal responsibility.”

ORG underscored a “poignant distrust” among Bahamians had been “built over decades of mismanaged conflicts of interest, lack of transparency, unequal rule of law, especially in the implementation of government contracts, and a general lack of commitment to integrity”.

“The Integrity Bill, now on the shelf for over a year,” its letter read, “presents a solid framework to address these issues through legislation and policy. The bill would introduce an Integrity Commission - an independent anti-corruption body to investigate instances of corruption and conflict and to introduce preventative and awareness measures.

“The bill would also replace and expand the public disclosure bill, stripping the prime minister and opposition leader of the powers of discretion that has left the law unenforced for years. Lastly, the bill lays out a detailed code of conduct with procedures and penalties for breach covering every manner of integrity in public life; including conflict of interest.”

The group said amidst the recent wave of public calls for change, the implementation of the Integrity Commission Bill and similar legislation stands as a clear chance for the public to effect a potentially significant change to the system.

“If you were one of the thousands of Bahamians that expressed frustration, confusion, or discontent with this situation, ORG urges you to take this opportunity to be proactive in preventing and mitigating conflict of interest and other issues hindering integrity.

“Speak to your representative, email them, call them, or WhatsApp them, and push for debate and passage of this crucial Bill. Integrity is the courage to practice our values.”

Laws are NEVER the issue, enforcement is. There is no will to enforce laws in this country unless there is some direct political or material benefit to be derived.

True and getting worse under the continued Pindling/Christie/Ingraham/Minnis & Co. regime.

Why must they clarify anything for yinna. . .this piece above shows that yinna can't or won't understand how the developed global community works. . . carry right on with yinna dumbness. . .yall think the world on yall run aye?? No wonder yinna are second class in yall own nation. . .yinna too dumb and childish. . .

This isn't a real country, this is a pathetic excuse for a Banana Republic