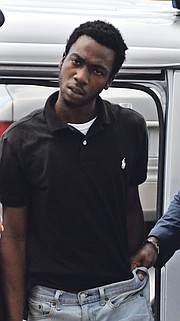 AN 18-year-old man was charged in the Freeport Magistrate's Court on Tuesday with attempted armed robbery and causing grievous harm.

He was also charged with being an accessory after the fact.

Rolle was not represented by an attorney and he was not required to enter a plea to the charges.

The prosecutor objected to bail and informed the court that the Office of the Attorney General intends to proceed by way of a voluntary bill of indictment. Bail was denied and the matter was adjourned February 4, 2019.