Face To Face: A Childhood Dream To Give A Life Of Service 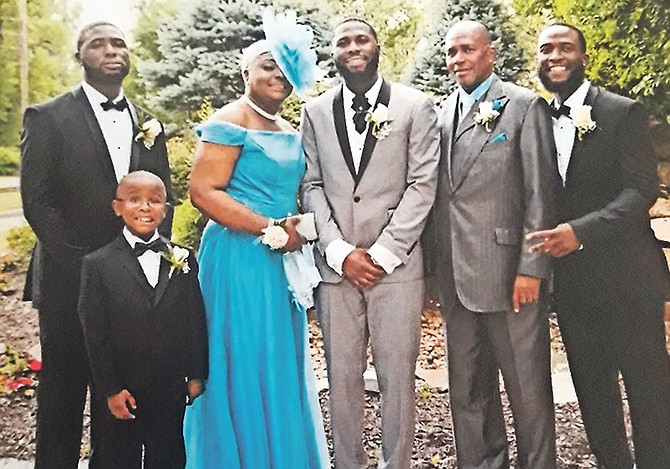 Reverend George Bodie is a prime example of the truth that your circumstances in life do not have to define the outcome of your life. In times like these with violence and crime on the rise and with inner cities constantly threatened by gang activity, Rev Bodie shares his path to a life that is one to be proud of.

He grew up on First Street, The Grove as the fourth of nine children born to George, a barber and Patricia, a homemaker. Whereas George could have easily found himself skylarking on the streets, he had an interest in church from a very young age. It seemed like destiny for him because he comes from a family of prophetic preachers who sincerely believe the Bodie clan was especially chosen by God for a life of service. At family gatherings, they would single out George when he was a little boy and marvel at how “the aura of God’s spirit” seemed to surround him and how they could already discern the mark of the high calling in his eyes and countenance and in his boyish wisdom.

He recalls that in his youth, his parents “took seriously the admonition of the scriptures to bring up their children to fear, obey, honour and serve the Lord”.

“Nor could I escape the rigid discipline of some of our greatest religious leaders of whom I stood in awe, but proudly boasted as members of my family,” he said.

Rev Bodie said of his mentors and family: “What a religious lineage, what a heritage… what examples to emulate!”

And that he did. He attended Big Pond Elementary School (now known as Mabel Walker) and then Yellow Elder Primary, where teachers called him a “well-mannered, exemplary child”.

“At the age of 12, I wanted to join the youth department at First Baptist Church to be with my elder sister and my elder brother, but I was too young and was told I would have to wait one more year until I was 13 before I could join,” he shared.

“But when I joined, I was so happy because destiny awaited me. At the age of 16 I accepted Christ as my personal saviour and each new year added length and breadth to my Christian statue, as the call (on my life) grew more and more insistent. Some men are born to serve and, although the call to serve may be muted for years, they cannot escape their destiny.

“I started my mission on leadership when we, the young people of Coconut Grove, put together a youth group called ‘The Grove Survivors’.

“We started out doing things for the development of The Grove. Then from there, we had a singing group called ‘The Gospel Shining Stars’ led by Bishop Neil Ellis. Then we went into First Baptist Church youth department where I became the youth and choir leader and served for many years. I also became leader of the Earle Francis chapter of the Royal Ambassadors of The Bahamas.”

He attended SC McPherson junior high school and graduated from The Government High School and during that time, he was active in sports but also very active in his spiritual life. He likes track and field, softball, volleyball, and basketball, and he plays the guitar. Meanwhile, his ministry in his youth continued to grow. When Rev CB Moss was leader of the Bahamas Christian Council, Rev Bodie served as the youth leader. He was also president of the youth department of the New Providence district of the Bahamas Baptist Union. On another occasion, he served as President of the Bahamas National Baptist Convention Young People Department.

On November 9, 1979 fresh out of high school, he was employed at Flagler Hotel on Paradise Island. He worked his way up from a front desk cashier, to front desk clerk, to night auditor and then to head night auditor. When the hotel was sold, he became the storeroom and purchasing manager at the Fun Club (of what became the Warwick Hotel). 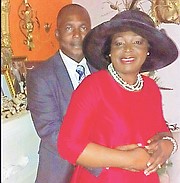 Rev George Bodie with his wife.

In 1987 when his first child was born, he decided to seek out another profession: “I went into life underwriting with Family Guardian Insurance under Mr Gerald Strachan who was the president and I was very successful at it for a while in the home service division. Then I tried ordinary insurance with Colina and British Fidelity. When things did not break for me in the insurance business I went back to my first love, the hotel industry for a short while. Then on May 13, 1996, I joined Her Majesty’s Prisons, now the Bahamas Department of Correctional Services.”

Professional career changes were coupled with a steady forward-moving pace in his spiritual life. He was a staple in the Baptist Sports Council for many years serving as vice chairman and long-time public relations officer. He was the executive secretary of the Bethel Baptist Association and director of the Bahamas National Baptist Convention Men’s Department. He was once the Youth Minister for Carmichael Road Union Baptist Church.

Today, he has found a home in St Paul’s Baptist Church, Fox Hill where he serves as an Associated Minister. He started out as the Youth Pastor and then Men’s Minister. Meanwhile, he continues to serve as a Sergeant for the Bahamas Department of Corrections and as the Assistant Chaplain for the prison, responsible for medium security.

Rev Bodie is also the host of “Inspirational Moments” Devotional Team which is aired every weekday morning on Global 99.5fm (channel 974 on cable television) from 5.30am to 6am. This past weekend, a testimonial banquet was held in his honour, where colleagues, religious leaders, and people from all spheres of his life came together to applaud him for his life’s work of service and dedication to the cause of good. The event was held at the William Thompson Auditorium under the theme: “Honouring a Mighty Man of Valour”. Deacon Patrick Sweeting brought the welcome, while opening remarks came from Bishop Dr J Carl Rahming, Pastor of St. Paul’s Baptist and Onesimus Strachan, former Bahamas National Track and Field member. Rev Dr Philip McPhee, first Vice President of the Bahamas Baptist Convention was the keynote speaker. Tributes came from the likes of: The Tribune’s own Minister Brent Stubbs of the Baptist Sports Council; Deacon Larry Bodie, his brother; Minister Wellington Smith; Penny Ferguson of Young People Fellowship; Rev Stephen Ferguson; and C/ Sgt Gregory Daxon of the Bahamas Department of Corrections. Brother Bernard Frazer made a presentation and Rev Eugene Patton closed out the night filled with tributes as well as performances by Adrianna Munnings and the New Dynamic Feature.

“If when you give the best of your service telling the world that the saviour has come, be not dismayed when men don’t believe you; Jesus will understand and say well done,” said Rev Bodie, husband to Lolita Michelle, father to George III, Joshua and Aaron, and grandfather to Harper and George IV.

“May the work and may the life you live speak for you because when you are resting in the grave, there is nothing more to be said. May my work and life speak for me.”