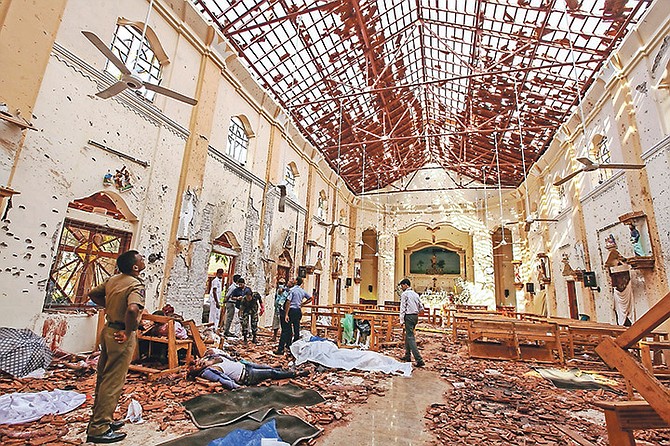 Bodies of victims lie inside St Sebastian’s Church damaged in blast in Negombo, north of Colombo, Sri Lanka on Sunday.

The death toll is now reported at more than 350 in the shocking Easter Sunday bombings in Sri Lanka that made headlines everywhere and reminded some of that small nation’s geographic position at the foot of the massive Indian subcontinent. But there may be other reasons for us to think about Sri Lanka.

Perhaps there is a lesson for smaller Caribbean nations like The Bahamas in the experience of smaller South Asian nations like Sri Lanka, Nepal, the Maldives and Bangladesh. All are the grateful beneficiaries of grants, concessionary loans and other investment by China. And all are in the political, military and economic orbit of a significant and respected Chinese rival. For the South Asian nations, that rival is India. Here in The Bahamas, it’s the US.

Nilanthi Samaranayake is director of strategic and policy analysis at a Washington-area think tank, specialising in South Asian issues. In a recent report, she looked at the struggles of the four South Asian nations to find the development capital they need to develop infrastructure while grappling with the reality of debt financing time bombs waiting down the road in the intermediate future.

Samaranayake writes that “on balance, small South Asian countries have benefited from China’s growing economic and military engagement with them and the region. Chinese projects have helped increase connectivity within these countries as well as with external trading networks.”

She also notes the predominant military presence of India in the region, as well as the traditional economic development role played by Japan and, to a lesser degree, by the US. These factors have limited Chinese influence which is nonetheless growing. “Countries whose leaders pursue infrastructure through debt financing have responsibility for those decisions and for sustainable economic policies,” Samaranayake writes.

For now, she concludes, despite fears of the “debt-trap diplomacy” of China, the small South Asian nations remain in the sphere of Indian military influence and this has, for now, kept concerns of growing Chinese hegemony in check. “Prudence and caution are needed from political leaders,” she writes. That seems to be a wise if sometimes elusive prescription when times are tough. 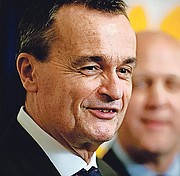 Leaving office after a successful tenure can be the occasion for lots of interviews. This has been the case for Gerard Arnaud recently. He has been France’s ambassador to the US for the past five years, and was the French Permanent Representative (ambassador equivalent) to the United Nations in New York for several years before that. In Washington, Arnaud lived at his government’s expense in a stately brick mansion along the capital city’s embassy row just a couple of houses down the street from first daughter Ivanka Trump and first son-in-law Jared Kushner. Now, as he heads to retirement from public service, Arnaud might be regarded as a kind of latter-day Alexis de Tocqueville, the 19th century French diplomat who was able to interpret America to Americans as few of them can do for themselves.

“I think I have a great advantage on the Americans,” he told the Washington Post. “First, I am not an American, which means I am not emotionally committed to what is happening in your country. So I can be coldly clinical.” He said the political scenes in Europe and the US are comparable. Anger and resentment are being translated into nationalism, he said. Arnaud concluded the election of President Donald Trump is much more the effect than the cause of this rising nationalism and xenophobia.

“I want to emphasise, and when I say this, most of my liberal friends are fainting, that foreign policy between Obama and Trump has lots of things in common – especially that the two men understood the fatigue of American public opinion for foreign involvements,” Arnaud said.

Of the current American chief executive, Arnaud said: “France is still trying to adjust. We really don’t want to enter into a childish confrontation and are trying to work with our most important ally, the most important country in the world.” 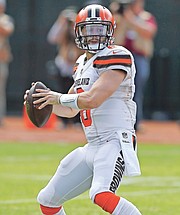 At least no team loses on draft night

Are you excited about the Day One of the NFL Draft? America’s premier sports league is the envy of its competitors in the US and countless commercial enterprises around the world for its amazing marketing ability to transform a fundamentally mundane event into must-see prime time television for millions of viewers who will expectantly tune in tonight, tomorrow and Saturday to see whom their favourite pro-football team will choose.

After the first day, during which more than three hours on two different networks are devoted to selections by the NFL’s 32 teams of college players whose success as professionals no one can accurately predict, there are two more days, and evenings, and six more rounds, of choosing and trading of draft choices and players. By the time the last man is selected, viewers and telecasters alike are exhausted. That last man, given the nickname “Mr Irrelevant” many years ago, has occasionally developed into a quite serviceable professional football player, contrary to expectations. It all simply demonstrates the imprecision of projecting 20-year-old college players for success in a much bigger, faster, more complex and violent game.

And the whole process is accompanied by duelling commentary on ESPN and the NFL network, larded with indecipherable statistics and saccharine hyperbole, usually to support a selection the announcers all know may or may not turn out to be wise. The draft is still largely a crap shoot and a guessing game.

But your team never loses on draft night. The losing comes five months later in September when the actual games begin. And losing teams can often ruefully look back on draft day mistakes that looked good when they were made. Their fans can then remind their families their team should never have made that pick. 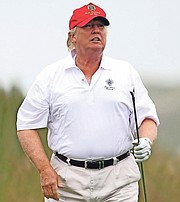 What golf tells you about Trump

While we’re on the subject of Mr Trump, Rick Reilly has a new book out. Reilly, the brilliant, sarcastic long-time writer and columnist for Sports Illustrated, is the author of Commander in Cheat: How Golf Explains Trump. To be fair, it’s good business for Reilly to go out on a book promotion tour and seek headlines. But he and others dropped some tantalising nuggets on the circuit, as reported in the Post.

On Trump’s TV network nemesis MSNBC, Reilly said: “Trump cheats like a mafia accountant. He cheats whether you’re watching or not. He cheats whether you like it or not.” Reilly reported that in a round they played four years ago, Trump called a gimme on what should have been a chip shot. And other erstwhile playing partners have piled on. An LPGA pro, Suzann Pettersen, has declared that Trump “cheats like hell. I’m pretty sure he pays his caddy well, since no matter how far into the woods he hits the ball, it’s in the middle of the fairway when we get there.” American tough guy actor Samuel L Jackson has declared himself the better golfer. “Oh, I am, for sure,” Jackson said. “I don’t cheat.”

Trump, cheater or not, however, is by most accounts a fine golfer. Even Reilly admits the president plays to a handicap under three shots per round. That’s good enough to beat many club players at one of Trump’s courses or anywhere else.

Here’s Trump on Reilly: “I always thought he was a terrible writer. I absolutely killed him (on the golf course). I would say that he’s a very dishonest writer. I don’t do gimme chip shots.” OK, then.