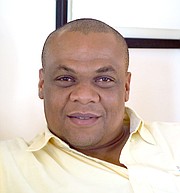 Major investments such as Disney’s cruise port are essential if South Eleuthera communities are to “survive into another generation”, the island’s Chamber of Commerce argued yesterday.

Responding to this newspaper’s questions in the wake of renewed lobbying against Disney’s plans by its environmental activist opponents, Mr Sands and the Chamber also supported the Government’s decision to link full approval to the absence of adverse effects on the area’s pristine environment.

“The South Eleuthera economy has been in recession for decades, and an investment like this could have a tremendous impact on communities, especially in the south,” they said in a statement. “If these communities are going to survive to see another generation have a place to return to, major developments like the Disney development must take place and must succeed.

“We understand and note the environmental concerns being communicated, and agree that any development happening on our island should seek to protect the island’s ecology as much as possible.

“With that in mind, we support the Government’s requirement to have an Environmental Impact Assessment completed prior to the project being fully approved, and we continue to wait on the findings of that assessment. If it is favourable, I do not see any reason why the business community would not support the Disney development, as we do with all developments that seek to positively impact our economy.” Disney’s Heads of Agreement requires that all necessary environmental approvals be in place before it starts construction,

Mr Sands and the Chamber spoke out after the Stop Disney - Last Chance for Lighthouse Point campaign this week touted the more than 30,000 signatures its petition against the project has obtained.

Arguing that this was evidence of “growing global opposition” to Disney’s plans, the campaign - whose members include local organisations such as Bahamas Reef Environment Education Foundation (BREEF), EARTHCARE, reEarth, Save the Bays and Waterkeepers Bahamas - urged the cruise line to select a different site that would be a “win-win” for all.

However, Mr Sands said he hoped Disney’s project and brand power will help attract other major investors to Eleuthera while also highlighting the need for improved infrastructure and public services on the island.

“The primary concern of the Eleuthera Chamber of Commerce is to promote the continued and much-needed growth and development of the economy of Eleuthera,” he told Tribune Business. “The Disney development, which is located in the southern part of the island, is projected to result in, I believe, a $250-400m investment......

“It is my personal hope that the attention being garnered through Disney’s interest in the island will also draw other investment, as well as attention to the need for further improvements to our airports, healthcare system, policing, energy challenges, and water production issues.”

“The Eleuthera Chamber of Commerce continues to focus on supporting new and existing businesses. It is our hope that our members will be in a position to take full advantage of the opportunities that will result from all approved developments,” he added.

“Therefore we continue to lobby the Government for improved infrastructure and incentives that will encourage business development and empowerment of Bahamians in commerce.”

Mr Sands said he and the Eleuthera Chamber had no objection to the “ongoing debate” over Disney’s project and plans for the island’s southern tip. “We believe that all groups should be allowed to voice their opinions in a productive manner, and we would not attempt to discredit or disparage any of the views being expressed in the public sphere,” he added.

The Heads of Agreement for the Lighthouse Point project, which was tabled in the House of Assembly earlier this year by the Prime Minister, quoted “headline-grabbing” figures from an assessment of the project’s likely economic impact by Oxford Economics.

“The analysis examined a 25-year timeline, including four years of development and construction, and capturing ongoing operations from 2023 to 2043,” the Heads of Agreement said. “Over the 25-year time horizon the project is expected to provide an $805.1m increase in Bahamian GDP and a $357.5m increase in government revenues.”

Ignoring the discrepancy between the “25-year timeline” and 20-year difference between 2023 and 2043, those figures suggest the Disney project will generate an annual $32.2m boost to Bahamian GDP and economic output, and a $14.3m rise in government revenues. However, Mr Sands said at the time it was unclear how much of this boost will stay in south Eleuthera.

The Heads of Agreement also does not explicitly commit Disney Cruise Line to increasing calls on Nassau and Freeport by 30-40 percent compared to 2018 figures, only stating that the Disney affiliate responsible for the 751-acre Lighthouse Point project “understands” this will occur.

Disney is poised to add an extra cruise ship to its fleet every year from 2021 to 2023, with each having capacity for 4,000 passenger. By the time Lighthouse Point’s cruise destination is fully completed, the cruise line’s fleet will be able to carry a total 25,000 passengers.

Disney is said to have “committed” to develop just 20 percent of the 751-acre Lighthouse Point property, “much of it for low density uses”. A minimum of 120 Bahamians are to be employed during construction, with an 80/20 workforce ratio favouring Bahamians compared to expatriates.

This, though, is subject to qualified Bahamian workers “being available.... to meet such ratio”. And “the complexity of some construction works”, such as the pier, and need to meet international standards, may require higher numbers of expatriates. A total of 150 permanent Bahamian jobs is pledged.

The amount of influence an online petition will have with Disney can be measured in the distance between these two dots: . .

But each and every voter on that petition will get their retribution at the polls come the next general election.

I’ll bet 95% of the people who signed are from the US, Canada or England. Besides, on Lutra both the PLP and FMN support the Disney plan. Mr. Sands is from a staunch PLP family.

Once again the comrades organizations likes Eleuthera Chamber of Commerce, simply cannot possible envision their South Eleuthera prospering - that is without financial likes another foreigner their islanders cannot possible survive ....

Only a few Bahamians at the top of our government as is customarily the case.

Does the lack of vision, lack of wisdom and lack of initiative have absolutely nothing to do with the fact that south Eleuthera has been in a "recession"? That the economy has been booming via the tourism sector in many of the other islands in The Bahamas and that visitation rates are up shouldn't cause an assute business person to wonder why their island is left behind? Disney is a large company that will either buy off or bamboozle Bahamians. Especially those who are untutored in the world at large. Especially those who can only see green. They, who only see the handful of dollars today, will sell out their island, as has been done over and over in this country. The cruise ship industry will eventually destroy the character and soul of The Bahamas. The cost of our failed educational system is coming home to roost. We see it daily in the House of Parliament and in every other aspect of daily life in this country. The goal should be to raise the educational level of this country to at least the kindergarten level.

Porcupine, absolutely correct. Disney corporation are past masters at discovering and taking advantage of the weak, weak minded and greedy. And being a descendent of the Eleutherian Adventurers and a resident of Eleuthera I take offense at the message posted by Clamshell saying that most Eleutherans are pro Disney. That is patently untrue.

Disney is a classic example of the plantation model that our pigmy leaders still subscribe to. One Eleuthera Foundation had a much superior product with full time jobs for a spectrum of opportunites, rather than a few part-time low wage paying jobs. And if you Eleutherians think you getting much from those contracts, think again. The US company that the US Embassy lobbied for, got the job. And for the lucky few that do get contracts, thanks, you have screwed it for your children. Just check how Disney treats its employees elsewhere. They ain checkin for us and the Disney supporters have either been tricked or bought out.