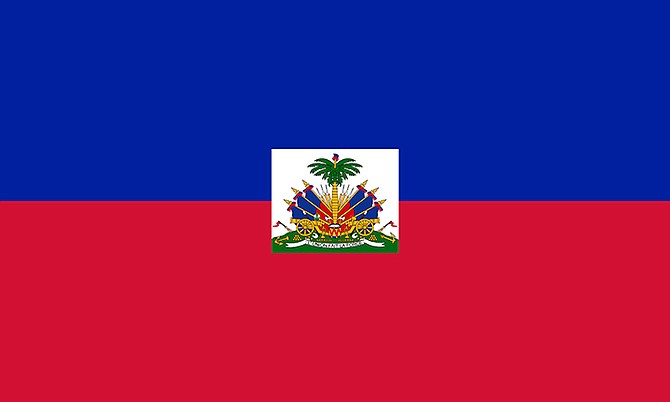 THE Haitian government has recalled three diplomats from its Nassau embassy, including Chargé d’Affaires François Michel.

The recall follows a commission of inquiry into concerns of corruption earlier this month.

The Haitian commission’s investigation centred on claims the embassy was involved in getting visas for Haitians and finding fake partners for them to marry to gain status in The Bahamas.

In a statement announcing the commission, Haitian officials referenced media coverage of an arraignment of three Bahamians and two Haitians accused of a fraudulent marriage scheme on July 24. The commission conducted its investigations from July 29 to August 3.

According to an embassy statement, the group met with the permanent secretary of the Ministry of Foreign Affairs; the two Haitians in prison awaiting trial; the superintendent in charge of the investigation and other government officials.

The commission’s report has not been made public, and according to sources close to the matter, the letters received by the three diplomats do not give an explanation for their immediate recall.

Over the weekend, Haitian media reports suggested the Bahamian government had advised it no longer wished to work with diplomatic staff.

“The Bahamas government has no knowledge of this,” Mr Henfield said.

“I refute any assertion that we intimated in any way to the Haitian government any issues concerning personnel at the embassy in that regard.”

The recall comes as Haiti continues to shoulder a political crisis.

Haitian President Jovenel Moïse has named a new prime minister but the country’s Parliament has yet to ratify Fritz William Michel and an 18-member cabinet.

According to the Miami Herald, the country does not have a functional government that can propose a budget to Parliament, ratify accords or approve other measures.

MUST WE HAVE THAT FLAG IN OUR FACES? Maybe they can take their cache of car flags with them!

“The Bahamas government has no knowledge of this,” Mr Henfield said.

“I refute any assertion that we intimated in any way to the Haitian government any issues concerning personnel at the embassy in that regard.”

HENFIELD SHOULD BE CHARGED WITH HIGH TREASON. IT'S SIMPLY UNBELIEVEABLE THAT WE MUST NOW RELY ON THE GOVERNMENT OF HAITI TO ROOT OUT ILLEGAL ACTIVITIES ON OUR OWN SOIL THAT CONTRIBUTE TO THE INVASION OF OUR COUNTRY BY ILLEGAL HAITIAN IMMIGRANTS. ONE CAN ONLY BEGIN TO IMAGINE THE LEVEL OF CORRUPTION THAT MUST EXIST WITHIN OUR OWN DEPARTMENT OF IMMIGRATION.

HENFIELD WAS APPOINTED BY NONE OTHER THAN OUR DIMWITTED PM MINNIS. THERE DOESN'T SEEM TO BE A DAMN THING MINNIS CAN GET RIGHT AND THAT'S MAINLY BECAUSE NO HONEST INDIVIDUAL WITH AN OUNCE OF INTELLIGENCE AND SELF-ESTEEM WANTS TO SERVE IN HIS GOVERNMENT. WE THEREFORE HAVE A MINNIS-LED FNM GOVERNMENT LOADED WITH EITHER INCOMPETENT DINGBATS OR "ALL FOR ME" CORRUPT POLITICIANS.

Henfield is just so politically INCORRECT!

That is not so. If you read the story, it was our government that uncovered the illegal activity that was going on.

The fact that Henfield did absolutely nothing about the uncovered illegal activity and left it for the government of Haiti to do so is what constitutes treasonous conduct on the part of Henfield. If the Haitian government hadn't acted, nada would have been done about this matter....AND YOU KNOW IT!

Comrade Minister, comes again?
- "On Monday as 'part' of an extensive investigation 'by the Bahamian authorities' into serious allegations of corruption of some diplomats and employees of the Embassy of Haiti, a three-member Haitian Commission arrived in New Providence to conduct an investigation into the alleged facts. Foreign Minister Darren Henfield said he did not know how long the Haitian Commission's investigation will last, but his Haitian counterpart Bocchit Edmond confirmed his willingness to get to the bottom of the matter and take the appropriate sanctions if the allegations are substantiated. Henfield said the Bahamas will facilitate and support all the Haitian Government's actions and requests as part of their investigation." - Of very important take note that the date the minister spokes was back on July 31, 2019 -

Seems this news is still traveling in some timezone yet reach snoozing on job comrade leader Queen's official opposition, yes, no ...

Just speaking generally, but we have evidence with our own appointments that there's sometimes no real qualification for being assigned to a diplomatic post.... Just be in favour with the ruling party

Ma comrade ThisIsOurs, Haiti and rest third-world countries don't exactly pay salaries to their diplomats serving abroad. Haiti has no money. Technically, Haiti hasn't had a working government since gas riots. Haitian ambassadors, consulates, and their staff posted abroad are not paid out national treasury, yes, no .... best just say that they all work on commission payable from revenue collected from the issuing and renewals passports, visas, etc ....all fees collected in cash - US currency .....

It is so sad how weak this 2017 administration is the said minister of Foreign Affairs Darren Henfield, is like which black hole he came from giddy as a rock.