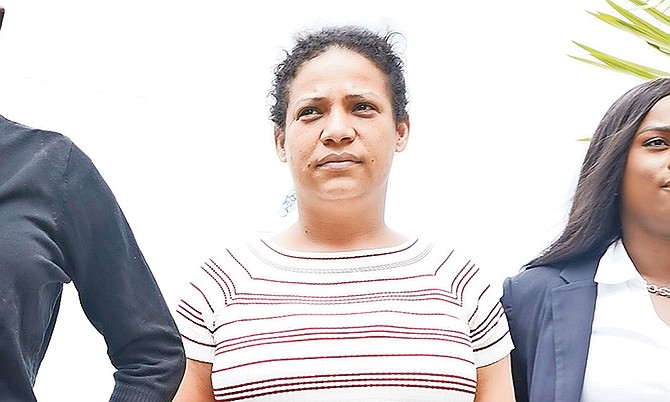 A 37-year-old Dominican woman yesterday denied allegations she smuggled a woman into the country eight months ago, and withheld the woman’s passport as a means of exploitation.

It is alleged that between the dates in question, Reyes, also known as Sobeyda Scrivens, conspired with others to engage in trafficking in persons.

It is further alleged that during those same dates, she harboured her victim for the purposes of exploitation. It is also alleged that sometime between December 16, 2018 and January 31 of this year, she withheld the woman’s passport in order to commit or facilitate a human trafficking-related offence.

Reyes, with the assistance of a translator, denied all of the charges. Bail was subsequently denied and she was remanded to the Bahamas Department of Correctional Services until August 21 when a status hearing will be held.

Reyes’ attorney, Ryszard Humes, confirmed to The Tribune that he plans to apply to the Supreme Court for bail for his client.