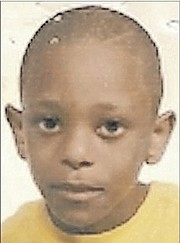 ON the eve of what would have been Marco Archer's 19th birthday, a $3.05m contract was signed between the government and Multimedia Technologies for the MARCO's Alert system.

National Security Minister Marvin Dames yesterday explained citizens can enrol online to receive notifications on their smartphones and other devices for the Mandatory Aggressive Action for Rescuing Children Operation or MARCO's Alert system.

Additionally, electronic billboards will be placed "strategically" throughout New Providence which will also display these notifications.

The ceremony took place at Baha Mar yesterday. In attendance were Cabinet ministers and Archer's family, including his parents and sisters.

Eleven-year-old Archer was tragically kidnapped and murdered in September 2011.

Archer's sister, Tancia Humes, described the signing as a "silver lining" for the family.

While delivering the keynote address, Mr Dames noted the circumstances surrounding Archer's kidnapping were "disturbing and terrifying" for the nation, adding he was personally "shocked and outraged" by the tragedy.

Both Mr Dames and his relatives noted young Archer had aspirations of one day becoming a police officer, to catch "bad guys".

"While Marco may never suit up in a uniform, Marco's Law and MARCO's Alert, both named in his honour, will ensure that he will always play a critical role in assisting the police in arresting the bad guys," Mr Dames said in his remarks.

Mr Dames extended thanks to his ministerial predecessor, the late Dr Bernard Nottage, who was at the "forefront of championing the cause that would see the enactment of Marco's Law".

He also celebrated Archer's family, noting his relatives passionately advocated for the passing of Marco's Law and remained "actively involved in the creation of the MARCO'S Alert".

"You have turned your loss into activism to ensure that no other family has to endure the sheer terror and pain of losing a child and loved one," he said of Archer's loved ones.

Mr Dames noted with this signing, the Bahamas officially joined 18 other countries with a child abduction alert modeled after the AMBER Alert system in the United States. He also underscored the importance of rapid response in child abduction cases.

"Specifically, the alert will be critical to assisting in the recovery strategies by integrating all of the primary and secondary distribution pathways available, including new wireless capabilities and the traditional alerting protocols.

"Furthermore, the MARCO'S Alert will empower the community to work cooperatively with law enforcement and the media to increase the safety of our communities. In addition, all social media and traditional media platforms will be maximised. The main objective is always the safe return of the child."

Speaking to reporters following the ceremony, Mr Dames clarified that the $3.05m contract is signed over a three-year period with Bahamian company Multimedia Technologies.

"It's a notification system, and…you can become a part of it and enrol," Mr Dames said. "And you will get notifications as to missing persons and what you expect to see too is that you will see electronic billboards placed strategically as well throughout New Providence.

"And so you will be able to see notifications on those billboards as well as your smartphones once you enrol. And your desktops - wherever you have electronics and it's connected to the internet, you will have the ability almost instantaneously to see and get notifications in the quickest possible time."

When pressed as to why enrolling is necessary for the system to function, as opposed to an automatic alert, Mr Dames replied: "It's not going to just blatantly send out notifications just like that. That's not how it works the world over. You enrol. Everyone should be excited now to become a part, to enrol. And the sole purpose of this is to send notifications on missing persons.

"And we will certainly expand that elsewhere as well to use it as an emergency platform. This is an excellent tool. A tool that is long overdue and as a government we're very pleased to be signing off on it today and there are lots more to come."

Enrolment will be through the Royal Bahamas Police Force's website.

Mr Dames added the implementation of this system sends a strong message to child predators.

"It sends the message that 'no longer'. We're going to use, not only the full arm or brunt of the law, but we're going to use the entire nation to expose those persons who may want to engage in these kinds of activities.

"And as you well know, we would have laid on the table of the House the sexual offenses regulations and so we'll begin work as well to ensure that we tie all of this stuff in to ensure that we are able to maximise it's true output and effectiveness. So we're excited."

He added the government is "committed" to protecting the nation's children, and going after sexual predators by using "whatever means necessary within the framework of the law to ensure that these persons are exposed and placed where they belong".

"(This) was something that we were lobbying for and hoping for for a while and it's here," the mother-of-three said. "It's a silver lining for us. It gives us some hope and it gives us comfort and a closure.

"It's still a tragedy for us and we still cry and remember him from day-to-day. But now we can smile about it as well when we see his face and we think about back in 2011, now it's 2019 and we have something to smile about.

"So we're celebrating Marco today rather than back in the day when we were crying about him…we celebrate his life and what he has done for the nation."

When asked what else her family would like to see done to honour her brother's legacy and protect other children, Mrs Humes pointed to the planned sex offenders registry.

"Well there's one thing that I would think is in the making now, in terms of the predators list, the sex offenders list, something like that. Because I think it would help for us as parents and loved ones to know who our kids are surrounded by: who is their neighbours, who is around the corner, who to look out for. So I'm thinking that's the next step from here."

I am overwhelmed as this is long overdue. Interestingly enough, just a few hours ago in my hotel room, here in the States, my phone made a distractingly loud noise and vibrated. It was an Amber alert, notifying me about a missing child. The alert included his description and pertinent information. We in The Bahamas are just playing catch up. I have personally seen a convicted child molester, walk through a school's fair, after his release. He would also be near the bus stop when students got out from school. I am glad that we are actively passing Acts that will protect our children. Every island and community should know about these offenders and have access to their photos. Furthermore, offenders should not be allowed near certain places such as schools and youth centers. Those found near these off limit areas, should face more jail time. Keep moving forward Bahamas.

When pressed as to why enrolling is necessary for the system to function, as opposed to an automatic alert, Mr Dames replied: "It's not going to just blatantly send out notifications just like that. That's not how it works the world over. You enrol.

I wanted to add that I don't know why Minister Marvin Dames said we had to enrol as it's not going to blatantly automatically send out alerts. I did not enrol to receive any missing children alerts here in America or anywhere else, but because my Android phone has the Emergency Alert Feature activated, I received the alert. Remember I am a Bahamian on vacation in Florida, and they sent an alert to me. I have my regular, prepaid BTC sim card in an I'm roaming on AT&T network. Sorry sir you are ill informed. Please go back and do your research. I even received another alert informing me of the colour of the car the suspect was driving. Its embarrassing to see an official making a statement like that. Just say you don't know or are working on it. It can be sent out automatically via Aliv or BTC, we just need to find out how.