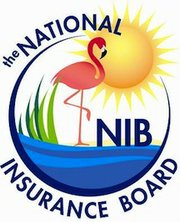 THE Bahamas Taxi-Cab Union expects some resolution to the outstanding payments owed to the National Insurance Board, according to BTCU President Wesley Ferguson.

In an interview with The Tribune yesterday, Mr Ferguson said NIB Director Nicola Virgil-Rolle has “promised faithfully” to move the matter forward, adding a meeting is set for Monday.

He said: “NIB started a dialogue with us and they required us to provide them with certain information pertaining to our expenditures. The union has been operating since the 1940s and its been a whole history of basically them not doing business in the right manner. National Insurance was one of the entities they neglected to keep current.

He added: “At what point in time does National Insurance realize...after a bill becomes $2,000 or $3,000 alert the company and let them know it's time for you to pay or else, we are going to start court proceedings.”

Mr Ferguson said his union tried to conduct “business properly”, but was “slapped in the face with a $700,000 bill”.

“We presented ourselves to them and... was slapped in the face with $700,000. However, we agreed that we were going to come up with avenues to pay this bill. The only way now we are able to get paperwork to move ahead and reorganize the union,” Mr Ferguson said.

“As a result of that we then entered an agreement with National Insurance to get the paperwork done so we can satisfy VAT and buy new equipment so we can elevate ourselves and pull ourselves out of this mess that we found.”

“Then National Insurance decided they were just going to block us. We negotiated, we ended from the bottom from an inspector up to a director then the Minister (of Public Service) Brensil Rolle then the prime minister trying to get some relief so that we can move ahead and reorganize the business and then begin to pay national insurance on this astronomical outstanding bill.”

The BTCU union president said that for the last five months NIB “strong armed them” and decided to “choke the union to death."

He said: “It wasn't after we basically threatened them with lawsuits that they started to (cooperate.) Our position is not that we feel as if we should be able to get away because we inherit the bill.

“But if somebody owes you they come and say look I don't have all of the money but are willing to pay you in instalments until the debt is satisfied and you refuse to allow that person to do that then you become the one that is at fault.”

Incredible on all counts, from the drivers to the union to NIB to successive 'majority rule' governments. Just another of the many crocks of bull in this doomed country. If this government actually DOES something about it, more power to them!

And you like many others probably don't know that for years (many moons ago) the Symonette family owned the largest taxi cab business in the Bahamas.

And I’m willing to bet all bills owed were paid and current...