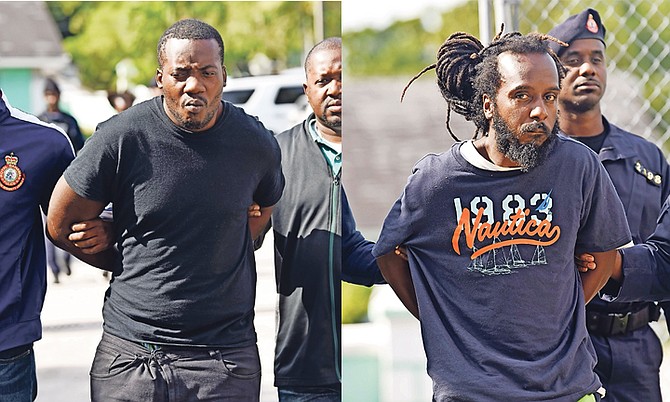 A 28-year-old man is responsible for murdering a teenage girl found dead at Stokes Cabana in the Yamacraw area last month, police have alleged.

Martin’s partially nude body was found on a beach at the abandoned and damaged property on November 27. Initial reports from police said there was evidence of blunt force trauma.

According to initial police reports, shortly after 6pm on the date in question, Evans and a man he knew were at a residence on Dominica Way off Carmichael Road, when they got into an argument. The man left the home and returned with a firearm, shot Evans and escaped, police said.

Paramedics were called to the scene and attempted to revive Evans, but were unsuccessful. He was pronounced dead at the scene.

The two men were arraigned before Chief Magistrate Joyann Ferguson-Pratt. Given the nature of the offences, they were not required to enter a plea to their respective charges.

Bail was denied and they were both remanded to the Bahamas Department of Correctional Services (BDCS) until they are served with their voluntary bills of indictment (VBI). They can apply for bail in the Supreme Court.